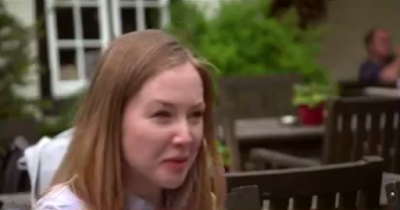 Continuing with this first day's review of Mark Easton's 'Englishness' coverage and looking in more detail at the three transcripts below, I'll home in first on Mark's Today report, as this was where he put his point of view across most openly.

Again we got the message from Mark (see previous post) that "Englishness divides the nation" (his exact words), and I suspect that this will prove to be the main message that Mark wants his BBC audience to take away from his new series of reports.

His focus was on the three not-happy-to-be-called-English Cambridge University students featured in his BBC TV report. And this focus reinforced the conclusion of his radio report (as quoted on the previous post): that "many in England" don't relate to the concept of "Englishness"(with his implications of just how divisive and 'bad a thing' that concept must be).

His Today piece began with music - a classic piece of mockery of English nationalism by Flanders and Swann. He then came across (to me) as himself gloating/mocking with his crack about those proud-to-be- English types "crunching upon their toast and marmalade".

And then came his own spin on the stats (from YouGov) to 'prove' just how divisive the concept of Englishness is. Division, division, division. Even I can see that the same figures could easily be spun more positively. (See below!).

That said, it didn't help that Today as a whole decided to place a particular emphasis on the 'youthquake' findings against Englishness - pretty much, incidentally, as the BBC did in the aftermath of the EU referendum.

I think those 'youthquake' findings are far less significant than Mark Easton and the BBC are making out.

That 45% of 18-24 years olds (many of them presumably still at university) actually come out and say that they're proud to the English surely isn't as bad a result for toast-and-marmalade-crunching fans of Englishness as might have been expected. I remember my teenage years in the 1980s and doubt that the result would have been much better for Englishness back then.

And, both here and in his TV report, Mark made a good deal of the YouGov finding that "10% of young people and 10% of graduates are embarrassed to describe themselves as English". Well, given how left-wing the universities are said to be these days and how left-wing the syllabuses (and teachers) are said to be in schools these days, I actually find that a surprisingly low figure. Again, recalling my student years in the 1980s, I'd have been absolutely astonished if such a small percentage of my student colleagues had displayed their radical teenage credentials in such a survey. (Nationalism - with the obvious but awkward national liberation struggle exceptions - was a massive no-no back then. If any of my class - except me - had expressed pride in being English I'd have been staggered. And being a shy, socially-conformist teenager, I wouldn't have expressed any such pride either - at least in public).

And, to bang on even more, given the world view projected by the range of voices we hear on the BBC (where we're forever hearing people expressing how ashamed they are of us and our history - especially on Radio 4), I suspect the 'disaffected youth' findings here would pale into statistical insignificance next to the findings from a putative survey of BBC reporters, presenters, producers, editors and managers.

As ever, of course, you can read the transcript or listen to the report on the BBC iPlayer and take a contrary view if you wish. Maybe I'm so biased against Mark Easton that I'm blinded to the truth of his magnificently impartial reports. Feel free to persuade me of that!
Posted by Craig at 18:51