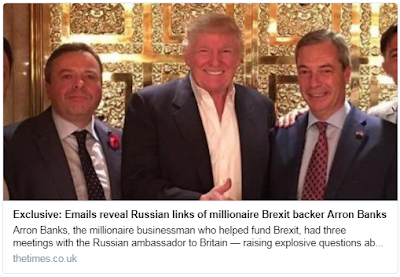 First former MEP Edward McMillan-Scott tweeted, "So far the BBC has not reported this important breaking story (which is on multiple sources) on its once mighty  “News & Current Affairs” output". Then former spin doctor Alastair Campbell joined in: "Why not BBC News ? Because if it’s bad for Brexit it ain’t on the Beeb".

Now it has to be said that comments could be going a lot better for Alastair:
So it actually looks as if "if it's bad for Brexit it is on the Beeb".

And talking of things that are on the Beeb...

As Rob says, the BBC is certainly not burying this story:

But on it goes: