Why LBC is unsettling the BBC 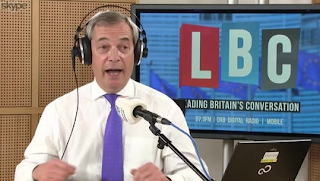 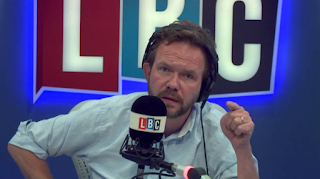 Former head of BBC Television News Roger Mosey is becoming required reading at The New Statesman. His latest piece explains why the "startling growth" of LBC, along with "the punchiness of its editorial proposition", is "unsettling" the BBC. He adds that "many of the most memorable moments of political radio in recent years have not happened in their customary home of the Radio 4 news programmes" but on LBC. Here's an extract:

The BBC is uneasy about what is happening at LBC. “Surprised” is one of the milder adjectives used by an executive when asked to assess how LBC can broadcast a regular show by an elected politician like [Nigel] Farage within the Ofcom impartiality framework. If you happened to tune in only at a particular time each day, you would hardly be getting a balanced picture – and LBC has exploited to its full the idea of “due impartiality”, which allows broadcasters to aim for impartiality across the totality of their output rather than within a single edition of a programme.

Among the ranks of BBC producers, there are those who find this idea more attractive than the robotic balance of “this person says yes, this person says no” that can be the corporation’s default. That’s particularly the case on 5 Live, where the figures are heading downwards. Twenty years ago, 5 Live was a reinvention of speech radio; but its audience is being nibbled away by dedicated sport and news stations – and some of its editorial rationale is lost in an age of social media. Staff there express admiration for LBC’s interaction with its audience and the strength of its personality and they muse about whether they might be able to follow suit by having, for instance, consecutive shows that represent different points of view.

It’s one possible response to the challenge I noted here last month about some BBC presenters displaying their political colours on social media – so why not on air too?

Perhaps the appeal of LBC over Radio 4 is ever easier to explain though. As Harriet Sergeant commented in response to Roger Mosey's piece, "Political correctness makes for boring radio. That's why we’re shifting the dial from BBC Radio 4 to LBC"

On which point, Rod Liddle at The Spectator has another fine piece headlined There are too many women on Radio 4 and they’re always moaning. In it he lists the type of people the social engineers at the BBC, especially BBC Radio 4, don't create quotas for to ensure proper representation:
Rod continues:


Now, tell me if you think those views are proportionately represented on the BBC, and especially Radio 4? Do you think they are given equal airtime to the less popular liberal standpoints which nonetheless the BBC supports? If so, you have been listening to a very different Auntie to me over the past ten years. In almost every case quoted above, people who express those sorts of views are considered by the BBC to be antediluvian and quite beyond the pale, and the usual discussion to be had is: what can we do to make these morons change their minds? Those views quoted above are simply wrong, so far as the BBC is concerned, and there’s an end to it, even when those views are in a clear majority.