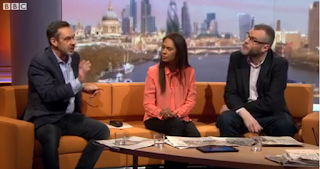 Good grief! Even Dan Hodges is having a pop at The Andrew Marr Show this morning: 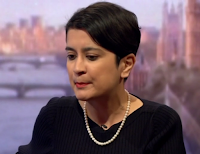 Update: Talking of Dan Hodges, his running Twitter commentary on Baroness Chakrabarti's performances on this morning's Andrew Marr show was worth the Twitter fee in its own right:
Watching her performance did make me wonder how on earth she ever managed to win a case as a lawyer.
Posted by Craig at 09:24