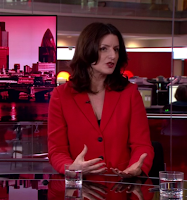 Talking of Dateline London, today's edition featured a section on Israel, the Palestinians and, of course, President Trump.

It was a curious affair in which the pro-Palestinian Guardian writer Rachel Shabi made her usual attacks on Israel, while the rest (including Janet Daley and Gavin Esler) pretty much contented themselves with having pops at the new US president.

Whether most of the 'pops' were justified or not, it made me realise, in passing, that Dateline hasn't had an Israeli regular (or any Israeli) for ages now, while its most regular guest remains the hardline Palestinian journalist Abdel Bari Atwan.

That can't be right, can it?
A transcript follows: