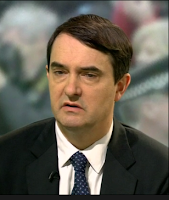 To his credit, Rob Burley, the editor of The Andrew Marr Show, certainly isn't averse to engaging with the public and replying to charges of political bias on Twitter.

Then the Blairites (over Shami):

Then the Lib Dems:

After all that I can only agree with BBC Waste when he tweets: