With the Brexit, with Donald Trump, with the new missile test in Korea... 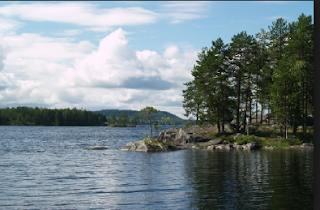 Though I remain a fan of Paddy O'Connell's Broadcasting House and enjoy hearing the occasional contributions of sound recordist Chris Watson, Paddy's 'slow radio' theme (featuring Mr Watson) has a very 'BBC' undercurrent to it: The news at the moment is so awful (Brexit, Trump, etc), so wouldn't it be lovely to escape from it for a minute or so and listen to the sounds of a Finnish lake instead?

With the Brexit, with Donald Trump, with the new missile test in Korea, with...I can get updates even while I'm asleep of all of this...do you actively seek out a world where there are no humans?

Nice linkage of Brexit with the North Korean nuclear test there, Paddy!
Posted by Craig at 17:52