The lowest form of wit? 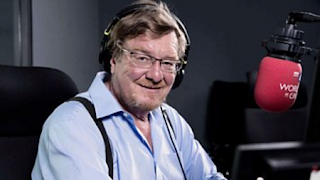 In his introduction to The World This Weekend, he played a clip of Donald Trump saying that the US would stand behind its "great ally" Japan "100%" and then asked, "What does a 100% policy look like?".

And, later, introducing a section on "platinum-haired" Geert Wilders, he began, "A questionable hairstyle and blunt views on Islam might turn out to be a winning election combination over here as well as over there".

Update: In his preview on Broadcasting House, MM said Mr Wilders "was attacking Islam and having a dodgy hairstyle before they [the "hard-right" Freedom Party] became really famous".
Posted by Craig at 17:13