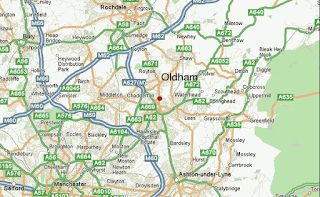 The lead story in today's Sunday Times was an Andrew Gilligan report on the (apparent) latest flaring of the 'Trojan Horse plot' affair.

The latest turn in the story, though it contains some rather confusing caveats, is that there are fears of an Islamist takeover at a school in Oldham following some (allegedly) intolerant, Islamising behaviour from a Muslim parent governor (whose sister is in prison for an antisemitic plot), and that the head teacher at the school is worried for her personal safety after "a long campaign" of death threats, other threats and verbal abuse.

It's the kind of story that the BBC has a long and inglorious track record of ignoring (as we've noted before on many occasions), and the BBC News website shows no signs of having reported it today either - except for a brief mention on its The Papers page. (It's not even been on the BBC's Lancashire page).

Indeed, newspaper reviews seem to have been the only BBC space where this story has been reported. BBC Breakfast simply read out the headline (at 6.10 and 7.13), as did Andrew Marr, while last night's The Papers on the BBC News Channel was close to comical in the way the presenter sped through the story. Having dwelt on another, non-leading Sunday Times story earlier, she asked for "a quick summary" of the Trojan Horse story and then said "sorry to cut in" after swiftly interrupting to move the review onto another story. (The second paper review didn't discuss it at all, despite covering other Sunday Times stories).

It was discussed however, at somewhat greater length, on the mid-morning BBC News Channel paper review where, tellingly, both paper reviewers - Rachel Shabi of the Guardian and Martin Lipton of the Sun - felt the need to stress how "careful" everyone should be in discussing such stories lest it "stigmatise" and upset the Muslim community. Rachel, in particular, clearly wanted to dampen the story down and, though expressing sympathy for the head teacher, made plain her unease with/disapproval of Andrew Gilligan's tone.

As far as I can see (using TVEyes Media Monitoring) those are the only mentions of the story on BBC TV (BBC One and the BBC News Channel).

It's clearly just one of those stories that doesn't grab the BBC's interest. As usual.

(If you spot any other BBC coverage of this story, please let us know below).
Posted by Craig at 17:51