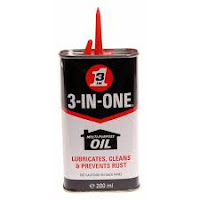 I rashly told Craig I’d tackle three topics this week. One was Owen Jones being called an Israeli shill, and the other two were BBC programmes. The drama about Karen Matthews,”Moorside’” and Andrew Marr’s film about his stroke.

It was a bit awkward as the latter two clashed in the BBC’s schedule and I had to miss half of each, so the forthcoming reviews will / might be more unreliable than absolutely necessary (to preempt the obvious.)

I did see the first, and most of the last episode of the over-hyped docudrama Moorside. Enough to observe that it cast a romantic glow over the community it claimed to represent.

In this film, the community behind the appalling real life story of the faked abduction of Karen Matthew’s nine-year old daughter was romanticised and treated almost affectionately.  It reminded me Channel 4’s  “Shameless,” approaching the subject as if it was a dark sitcom about a dysfunctional family.

I’ve absolutely grown out of loveable rogues, which might explain my impatience with this production.
Judging from the pictures in the Mirror the resemblance between actress Gemma Whelan who played Karen Matthews and the real Karen Matthews was uncanny and I found her performance extremely convincing.

The area where the production’s romanticised version of the ‘council estate community’ intruded on the film’s integrity most of all was in Sheridan Smith’s portrayal of the feisty Julie Bushby whose zealous campaign to “bring back Shannon Matthews” quickly overrode the her own children’s needs.
It just didn’t ring true, partly because of something that might sound pedantic, (as in Routemaster-bus syndrome) but the magical appearance of all those professional looking posters, T shirts and assorted campaign paraphernalia without any indication of the effort involved in organising such things, irritated this particular viewer.

Karen Matthews’s friend was lumbered with the chore of ‘minding’ an indeterminate number of other people’s children, which she did selflessly and uncomplainingly at the drop of a hat, despite apparently suspecting from the outset that something dodgy was going on. Here too I felt that the practicalities and details were glossed over to such an extent that the whole thing inappropriately took on the quality of a strip-cartoon.

Incidentally, a member of the actual community who witnessed the real Karen Matthews fiasco appeared on the Victoria Derbyshire show and managed, with a certain amount of difficulty, to convey that much what she saw in the film wasn’t real. 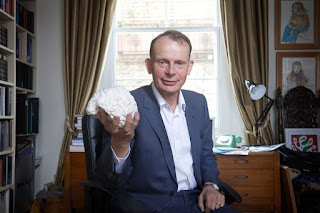 Andrew Marr boasted that he wasn’t going to provide any tearful footage in his documentary about his recovery from a stroke. Thank goodness for that. The thought of Andrew Marr fanning his eyes and saying “I’m getting emotional now” is not a good one.
He did seem remarkably well adjusted to his disability, and seemed to have accepted with good grace the comparatively minimal improvement to his impaired mobility after an expensive course of treatment in the US. He was disappointed, but it didn’t seem to dent his confidence. The way he instantly switched from his role as the subject of a ‘stroke’ documentary to ‘professional presenter’ the moment the BBC studio cameras pointed at him was a sight to behold.    Onwards and upwards.

The thing about Owen Jones is bonkers. I spotted it on our sidebar under “Jewish News”. Who on earth  could have accused poor Owen of being an Israeli shill, when everyone knows he’s pro-Palestinian to the core?

It turns out to be someone called Jonathan Cook, from the ultra-left, who was “knocked sideways” at the announcement that Jones is to give a memorial lecture in April on behalf of the Jewish Labour Movement :

“the same group implicated in the recent efforts of the Israeli embassy to damage a Corbyn-led Labour party with confected allegations of anti-semitism. “

After amplifying the Al Jazeera exposé of a dastardly Zionist plot to bring down the government, Mr. Cook complains that Owen Jones is trying to subvert the leader of the Labour Party.

“The Jewish Labour Movement was effectively shown to be acting as a front for the Israeli government’s efforts to oust Corbyn over a supposed anti-semitism crisis in the party. Israel hates Corbyn because of his long-standing position in support of Palestinian rights.”

Of course Owen Jones has recently tried to distance himself from the most antisemitic excesses of the pro-Palestinian lobby, writing about antisemitism in the Left which, he says, must be confronted. Maybe that made him unpopular with the StW lot.
Then there’s some sort of attack against Jonathan Cook by Gary Spedding whose well- known anti-Israel activities also seem to be confusingly mixed in with his stance against antisemitism.  Then, to make matters more convoluted, there’s another Twit-spat between Spedding and someone also called Cook, which I think is all about the JLM, and its ‘too close’ association with Israel. It’s not unlike a snake eating its own tail.

What’s Jones up to then? Let’s invert the BBC’s favourite chant.
Enemies on both sides? That must mean he must be doing something completely wrong.

There. Fulfilled my obligations. Over and out.
Posted by sue at 21:49