John Gray on 'The Follies of Experts' 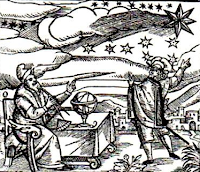 That was the view of a very wealthy man, no longer living, who I knew some years ago. He had little time for expert opinion on markets or the economy. He didn't ignore the prognostications of central bankers and other authorities. He knew the affected share prices, at least in the short term, but he regarded the forecast of economists as not much more than exercises in fortune-telling dressed up as science. For him a frank reliance on superstition was better on the pretence of knowledge where none was available.

It was a view with which I had some sympathy, and it's become more plausible with the passage of time.

What's so striking about the social sciences isn't that they failed to predict the largest events of the past decades, it's that most of the practitioners of these disciplines didn't regard these events as being even possible.


A handful of economists foresaw the financial crisis that began to erupt in 2007, but for many thousands of them, working in universities and international institutions, a worldwide collapse in the financial system seemed much too far-fetched a prospect to be seriously contemplated - if they considered it at all. It wasn't that they'd miscalculated the probability of an event of this kind happening. Worse, they hadn't included such a collapse in any list of realistic possibilities.

Outside of economics a similar failure lay behind the astonishment with which Western experts greeted the collapse of communism. A few who'd been trained as historians of Russia had a longer historical perspective and recognised the weakness of the Soviet system. But most experts at the time practised a pseudo-discipline called 'Sovietology' and could hardly be expected to envision the abrupt disappearance of their object of study. As a result Western opinion was repeatedly confounded by events. Mikhail Gorbachev was hailed in the West as a reformer who would turn the Soviet Union into a country like Canada or Sweden. This was fantasy, since the system at too little legitimacy to be successfully reformed. A composite of different nationalities, many of which had been forced into it, the Soviet Union could only break up. The fall of the Berlin wall in November 1989 signalled that this break-up was under way, but it was only when Gorbachev resigned and a Russian flag was hoisted over the Kremlin in late December of 1991 that Western opinion excepted the Soviet era was over. Later the same experts who could not envision the collapse of communism were dumbfounded by the rise of Putin. There is a pattern in these failures. Many of the experts who were confronted by events they had not considered possible were in the grip of a Grand Theory. Free markets and democracy were advancing across the world, they believed, in a process that could not be stopped. The speed of this advance might be variable and no doubt there'd be setbacks. Even so, Western liberal capitalism or something like it was the only economic system that had a future. Sooner or later the entire world would be compelled to adopt it.

I think all such theories are bogus. Whether what they predict is world communism or the triumph of liberal values, they rely on the idea that history unfolds according to definite laws. One kind of society is replaced by another in a regular succession until a single universal system remains. Unfortunately - or perhaps luckily -  human events don't work that way. History obeys no laws of the kind that can be formulated in the physical sciences, Any prediction regarding the human world can only be an expression of opinion, not knowledge. To be sure, our opinions can be more or less well-grounded. We can form expectations of the future on the basis of analogies with the past. Sometimes it may be possible to glimpse the direction in which events are moving in the near future. History can give us clues as to what may be possible, and what is not. But there are no laws of historical development, only dimly perceived cycles interspersed by periods of drift and chaos. There will never be a science of society that enables us to predict the human future in the way astronomers can predict the movement of the planets.

This was well understood by the 20th century's greatest economist. In his Treatise on Probability, published in 1921, John Maynard Keynes pointed to a limitation in human knowledge he believed to be insuperable. Working around the same time, a Chicago economist called Frank Knight distinguished between risk and uncertainty. When we try to assess the likelihood of some future event we can't always assign a measure of probability to the various outcomes we consider. In these circumstances what we face is uncertainty not risk. Keynes went further: Not only is precise measurement of probabilities sometimes impossible, in some cases we can't know whether one outcome is more probable than another.

In the Treatise Keynes asked us to imagine deciding whether to take an umbrella when we go out for a walk. He writes: "Is our expectation of rain when we go out for a walk always more likely than not? Less likely than not? Or as likely as not? I am prepared to argue that on some occasions none of these alternatives hold and that it will be an arbitrary matter to decide for or against the umbrella. If the barometer is high but the clouds are black it is not always rational that one should prevail over another in our minds or even that we should balance them, though it will be rational to allow caprice to determine us and to waste no time on the debate". 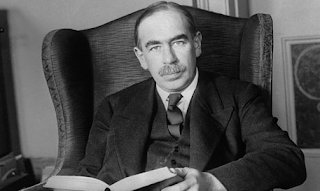 Keynes is telling us that there are gaps in our knowledge that reason can't fill and, when this is so, we just have to act. It's an insight that applies in many areas of life. When you take up a trade or profession you can't know whether you'll be happy in it. Today you don't even know if it will exist in 10 or 20 years' time. Your career may be cut short by the advance of automation. In many cases there's no way of calculating these risks. You can only decide what you want to do and have a go at doing it.

Keynes's insight has particular force, it seems to me, when it's applied to the world at the present time. The uncertainty we face is not just about particular events - the future price of oil or what Donald Trump will do next, for example. It's more systemic. We don't know if the structure of international institutions that's existed since the end of the Cold War - or, for that matter, the end of the Second World War - is going to be there in a few years' time. This is a type of uncertainty for which no expert can deliver us. Whether they admit it or not, they are as much in the dark as the rest of us about what is to come. We simply don't know.

There are ways in which we can prepare ourselves for the future. One is to read memoirs written by people who lived in times when whole societies changed suddenly and fundamentally. I've learned more about the rise of Nazism from reading William Shirer's Berlin Diary - a first-hand account by a superb journalist of events in Germany between 1934 and 1941 - than from any of the ponderous studies in political science I've read on the subject.

Human psychology doesn't change much. By re-imagining how human beings have reacted in the past we can better imagine what is in store for us in the future.

But looking for a science that can foretell our future is like dithering forever over whether to take an umbrella when you go out for a walk - a waste of time and energy.

Given the dismal record of experts it's also extremely credulous.

Maybe that's what my rich friend meant when he recommended consulting astrologers instead.
Posted by Craig at 07:05