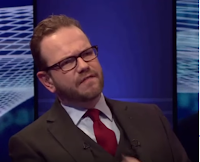 On Wednesday of this week the programme was presented by James O’Brien.  Now in the first place Mr O’Brien is a strange choice to present this programme.  Not just because his awkward, cut-out, Lego man gait makes it obvious why he has made his career in radio, but because he is the sort of hyper-partisan figure who, if they came from the opposite political side, would never be hired by the BBC.


There's a must-read article by Douglas Murray at The Spectator about the "must-watch" interview between James O'Brien and Asra Nomani on Wednesday night's Newsnight (which we discussed here and here).

It really lays out the full awfulness of what James O'Brien did that night on BBC Two.

It wasn't just that he was ostentatiously rude, or that he seemed even more biased than usual, or even that he inaccurately introduced Ms Nomani (and got promptly corrected), or that this "crooked and fake" introduction of his was very clearly intended to prejudice Newsnight's audience against Ms Nomani from the very start...

...it's that his attempted hit-job on her was targeted at a very brave-sounding woman about whom JO'B either (a) knew nothing, or (b) didn't care, or (c) did know something (that she's a pro-Trump Muslim).

The blame can't all go to James O'Brien for this shameful interview though. Newsnight editor Ian Katz must surely take ultimate responsibility for it.
Posted by Craig at 21:00