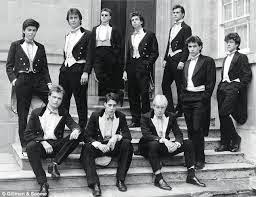 Just to share a couple of other election-related observations...

Firstly, do you detect a particular angle being pushed on the Tories' latest election pledge in the following framing remarks from Mark Mardell on Radio 4 and John Pienaar on Radio 5 Live?:

Mark Mardell, Broadcasting House: We're in Glasgow looking at what could turn out to be the defining story of the general election - the predicted SNP surge - and I've been out and about in Edinburgh seeing if Labour and the other parties are managing a fight-back. I'll be talking to some of the party leaders here in Scotland asking them, among other things, what they make of the Conservatives' brand-new policy on inheritance tax; yes, the one the civil service warned would push up house prices and would only benefit wealthier households. Is that the best for them to fight against the image of 'the party of the rich?' All that at One.

Mark Mardell, The World This Weekend: But first, they're on manoeuvres south of the border too, where tax is the topic of the day. The party of austerity has been overcome by a fit of generosity - to the better-off anyway - abolishing inheritance tax on families' homes worth more than a million pounds.

John Pienaar, Pienaar's Politics: Will a promise to cut death duties for pricier home owners raise a smile on the average doorstep? Cabinet minister Patrick McLoughlin joins me live in a moment. He's a miner's son by the way. Not many of those in the Tory hierarchy!

And I'd add that JP's preview of his upcoming interview with Labour's Angela Eagle included no such crack, class-based or otherwise. [For more on John Pienaar's show, please see here.]

Secondly, Norman Smith provided his second piece of Norman's Wisdom on this morning's Broadcasting House - a spot where he highlights one incident from the week that strikes him as particularly significant.

Last week it was Joey Essex not knowing much about politics, something Norman felt was a warning to all hacks and politicos, giving that most people don't live in the Bubble they live in. This week it was the story about the collapsing stage backdrop at UKIP's press conference, signifying how UKIP's vote appears to be collapsing now, given all the pressures and added scrutiny brought by the election.

It will be interesting to hear what Norman's remaining pearls of wisdom tell us.

Norman's getting to do a few of these spots at the moment. He did a 'Mishaps of the Week' spot on yesterday's Today, where three amusing David Cameron 'mishaps' where spotlighted [involving using a knife and fork to eat a hotdog, giving Sam Can a knife and fork to each a bacon butty, and trying - and failing - to get a 6 year-old girl to read with him], two UKIP 'mishaps' [involving the sausage roll scandal and a press conference from hell] and one Lib Dem 'mishap' [involving their campaign bus running over a pigeon].

Norman said he'd tried to find a similar Labour 'mishap' but failed. Amusingly (well, for me anyway), Justin Webb immediately added that he knew one - the 'high five' Ed Miliband tried on a wee bairn belonging to one of his party activists in Edinburgh, which said bairn failed to give back.

Fancy Norman not remembering that himself (especially as it was on the BBC's News at Ten the previous night)!
Posted by Craig at 15:51