Just to underline David Keighley’s observations about the BBC’s anti-Ukip formula as per Craig’s post below, James Naughtie provided a classic example for our delectation at the back end of this morning’s Today programme.

The interviewees were:
Lisa Markwell is Editor of the Independent on Sunday.

She was previously executive editor of The Independent, i and The Independent on Sunday and has edited the features pages, and both the Saturday and Sunday supplements. She writes comment pieces for the papers and restaurant reviews for the New Review. Lisa has worked across a variety of newspapers and magazines and can now tick off every publication cycle from daily to quarterly. She is an enthusiastic foodie, mother of two teenagers and drives an electric car. She is writing a book about adoption. 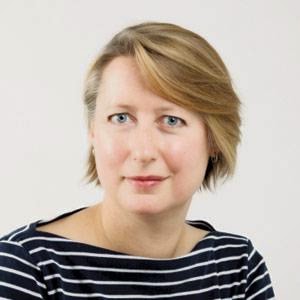 Victoria Newton is Editor of the Sun on Sunday.

The Cambridge-educated journalist began her career at the Daily Express and moved to the Sun as a showbiz reporter. She was also the paper's Los Angeles correspondent and went on to become showbiz editor at the Daily Mail before returning to the Sun two years ago as the editor of long-running showbiz section Bizarre, later becoming head of features. 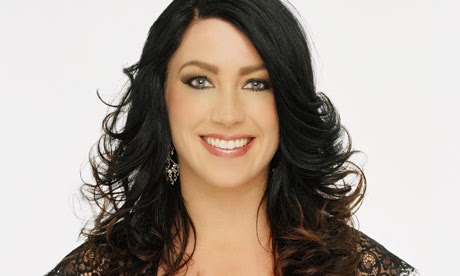 Steve Bell is a Political Cartoonist who draws for The Guardian among others. You knew that.

They weren’t interviewees exactly, but chums having a cosy gossip. James Naughtie had as much, if not more to say than any of his guests, and at several points he became quite excited and emotional. You’d have to hear it to get the full effect, but I transcribed some of it for fun. 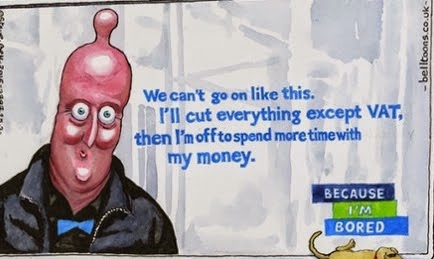 JN
“Victoria Newton, Sun on Sunday, did you think David Cameron benefited from that set-up?

VN
I think he came out unscathed, which was what he intended to do..

JN
Who was ‘scathed,’ then?

VN
I think they all did pretty well. Sturgeon was clearly the winner. Farage was totally bizarre with that totally uncalled for message on HIV but he probably appealed to those core voters of his constituency, which he needed to do because the Ukip support has been waning...

JN
Well there was a report today in one of the papers saying that they had a big discussion before the debate about what to do and there was a division of opinion about whether he should use that line but it was a very deliberate line to appeal to the core vote, knowing that it would offend a lot of other people but he’s not interested in the people who wouldn’t vote for Ukip anyway.

VN
That’s right he was trying to pull back some of those natural tory voters that had gone Ukip but were veering back towards the tories, with a strong message.

JN
Well let’s pursue that Lisa Markwell with you from the Independent on Sunday. Do you think that Ukip has peaked, and is in a state of......awkwardness at this point in the campaign?

JN
Which he’s very good at..

LM
Which he’s very good at and of course people are so jaded, and the other leaders don’t help themselves by all turning up yesterday wearing navy blue jumpers over pale blue sweaters so, you know, it’s the same old thing, so Farage has offered something different but as he revealed on last Thursday night in his shock and awful theory as they’re calling it that, you know he’s just someone, it’s not just a personality but it’s not a personality that many people are willing to embrace.

JN
I thought, just watching it, that Nick Clegg looked almost released by the burdens of government; now if you look at all the things that have been said about him in the last five years, I mean there is nothing now that can be said about him that will cause him any trouble because it’s all been said already - he almost seemed to be a man that felt free!

LM
Yes I agree with that completely and in fact over this week, looking at his photo opportunities, you know hug the hedgehog, and so on, he has looked like a man who is, you know some people are saying...

LM
..his farewell tour but it may not be completely, he may come back out of retirement but he’s um, he did look, I mean he’s always been a good orator and i think in debates he’s showed that again, although I thought what was quite disappointing is that I’m afraid we’re going to move on to the rise and rise of women because Victoria and I are here as well, but the women did very well, but Leanne Wood was the first person to get a blow on Farage, but Nick Clegg made a slightly similar point later on and everybody applauded it was like, you know, come on guys.

I’ll leave it there. Steve Bell alleged that the press is “so pro-Tory” - we learned that Ed was “a bit more prime-ministerial” - and various other bits of consensual  chit-chat, much of which came from Naughtie.


Rod Liddle has been having a go at radio 4‘s PM for its Farage-bashing agenda too.

No other leader was subjected to similar scrutiny and even if the supercilious bint’s figures were correct, the points Farage made still pertained. (In other words, for example, while Farage said the vast majority of people obtaining new HIV treatment in the UK were health tourists, the supercilious bint pointed out this was only 54 per cent. And that some of those had every right to treatment etc, and might come from rich countries like the USA. Where of course they would have to pay for treatment, or have the requisite insurance, she failed to add.)

Try taking those casual, throwaway statements, which littered the Today programme (transcribed above) that were completely devoid of statistical or any other kind of scrutiny,  and comparing them with the haranguing Mishal Husain gave Nigel Farage the other day.

If some of the allegations above were subjected to the abrasive Husain scrutiny it might go something like this:

“Sturgeon was clearly the winner”? Sez who. “That totally uncalled-for message on HIV.”  Are you saying that the NHS, which according to you is already struggling, must provide unlimited, unconditional  free healthcare to all “human beings” that happen to be ill? Are you saying that mentioning this dilemma is taboo, let alone debating it?
“Ukip support has been waning.” Define waning. Figures please, with a cap on.

“People are so jaded.” More jaded than they were when?  Are you saying that there’s some significance in navy blue-jumpers over pale blue sweaters? Define please and be more specific.

The airy fairy flim-flam we heard from Naughtie and the ladies wouldn’t stand up to the Mishal Husain treatment, but then, it was never going to be put to the test, was it?
Posted by sue at 14:20