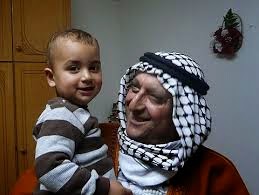 According to Julia Hartley-Brewer at the Spectator, (h/t Alan at Biased BBC), Labour pulled off a cynical stunt yesterday morning, and the BBC fell for it.

They apparently briefed the press - or was it just the BBC? - that Ed Miliband was going to blame David Cameron personally for causing the present mass loss of lives in the Med by destablising Libya. That condemnation never happened - and may never have been intended to happen. Still, it led the news all day. ("One of Miliband’s closest aides justified it to me, with the words: ‘We got into the papers, didn’t we?’", says Julia.)

Whatever the truth of all that, one veteran BBC reporter would doubtless have wholeheartedly agreed with Ed Miliband if the Labour leader had said what the BBC reported he was going to say.

As we know, Hugh Sykes isn't shy of expressing his opinions on Twitter (or in his reporting). Here he is a day before the Labour move...