A painful case of electionearache.

The media’s desperate attempts to engineer a Tory ‘split’ is particularly exasperating.

That ‘stab in the back’ thing was clearly counterproductive, but the media’s continual attempts to pester any off-guard Conservative spokesperson they can lay their hands on to denounce it (or categorically endorse it) is even worse.   Let it go, please.
You can tell Theresa May and co. don’t particularly like Michael Fallon’s ill-conceived remark, but, like that game where you mustn’t say “Yes” or “No” , the sport of trying to catch-a-Tory-out is unhelpful and definitely not entertaining. We all know what the headlines would be if they could squeeze a schism out of the Tories.
No wonder people are pissed off with it all.

***************
I heard Jeremy Bowen ”reporting” (and I use the word with a pinch of salt) on the phenomenon of Christians being persecuted in the Middle East.
He gave a list of Islamic countries that were responsible for the exodus of Christians, and near the end he suddenly came out with:

“Palestinian Christians as well feel threatened, not just of course from extreme Islam, but they also feel threatened by what the Israeli government might be doing.”

Honest reporting has written about it here. Apart from the fact that Christians seem to feel somewhat unthreatened in Israel, why does he even bother to make such a dodgy, gratuitous and speculative observation? Rhetorical question.
********* 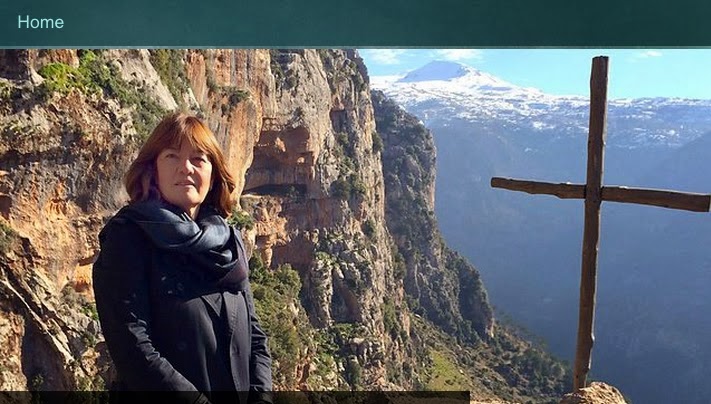 I see Jane Corbin has a programme about this topic tonight on BBC 2. "Kill the Christians".  She’s unpredictable is Jane. One minute she’s propagandising one way, next she’s at it from the other side. Allegedly.The Mavi Marmara episode was fair to the Israelis, her Walk in the Park was not, and her War of the Tunnels was a curate’s egg.

Has anyone been keeping an eye on George Galloway’s descent into total absurdity. From mild to severe absurdity and unbelievable preposterousness. 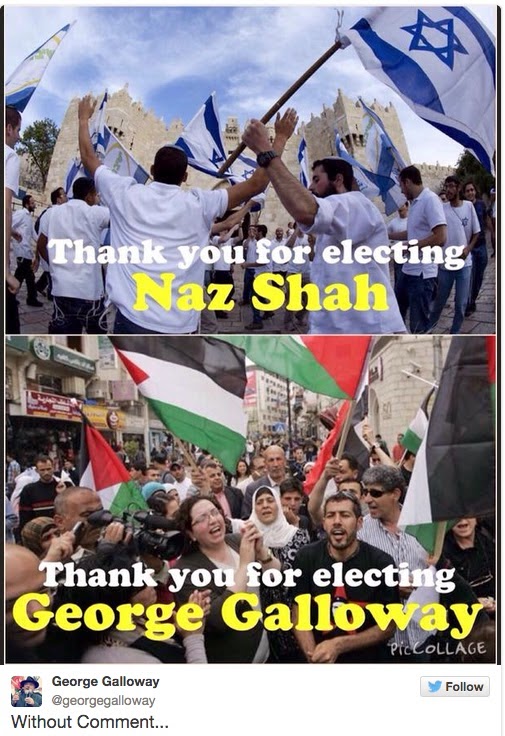 The BBC has reported this in a rather uninformative, non committal  manner with the headline “Election 2015: George Galloway broke election law, Labour claims”
At least they’ve reported it. Not the Twitter stuff though, or the fact that Naz Shah has the requisite pro-Palestinian credentials to appeal to some Bradford constituents. 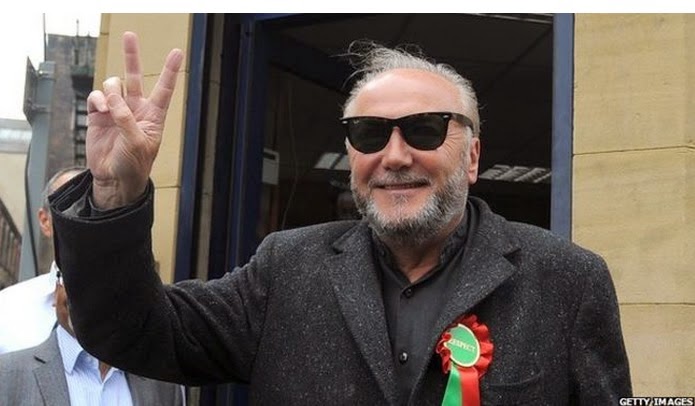 ***********
I was going to say something about Andrew Neil’s interview with Paul Weston of Liberty GB., but it is what it is. 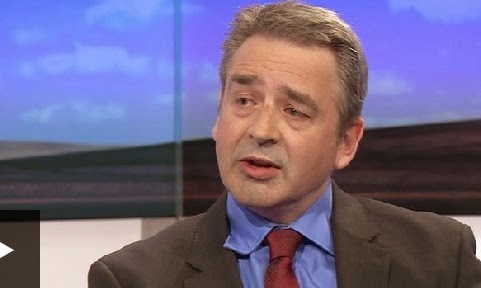