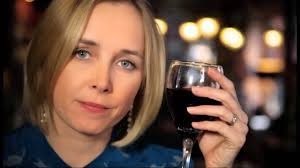 I've only been to Anglesey on a day trip, so I'm no expert on the political situation there.

That wouldn't necessarily stop a BBC reporter from sounding off authoritatively, of course. After spending just a few hours in some far-flung constituency, they always manage to sound like experts.

...as we discovered when Today's chief reporter Matthew Price dropped in on Penrith and the Border a few week's back and found a place of woe - cuts, alienation and unemployment (even though the constituency has less than 1% unemployment!).

Her report made Matthew Price's depressing piece for northern Cumbria sound like a holiday brochure. She made it sound like an unbearably grim place to live, full of poverty, unemployment, resentment and food banks.

She spoke to (1) a young disabled woman who has to rely on food banks whilst living on benefits, and who's suffering even more because of the 'bedroom tax'; (2) a single mum living in a homeless hostel; and (3) an Olympic weightlifter who's having to live with his parents and is on zero-hours contracts.

They came across as very likeable people, coping as best they can, but were they representative of Anglesey? Or had they been chosen to help Katie paint an emotional picture of the constituency for Newsnight viewers and tell a simple, overarching story of hardship?

According to UK Polling Reports demographics, Ynys Mon (Anglesey), some 85% of voting-age people there are either in work, in full-time education or retired:

And most people aren't homeless either, with owned properties and private properties accounting for 85% of voting-age people there:

And nor are most voters young (as all three of the people on Newsnight were); indeed, Anglesey has a high population of retirees:

Those demographics do seem to paint a somewhat more 'nuanced' picture than Katie Razzall was painting on Newsnight, don't they?

As for the politics, the report presented it as being a straight two-horse race between Plaid Cymru and Labour. (The seat is presently held by Labour).

This does, indeed, look to be the case, though - and looking beyond Newsnight's reporting - Ynys Mon has long had a strong Conservative vote (which split in the previous two elections) and UKIP (whose leader in Wales is the candidate there) have surged dramatically - so much so that Plaid are suggesting UKIP will take enough votes from Labour to give them the seat.

Incidentally, if Plaid do win the seat, then Anglesey will gain a former BBC radio producer as its new MP (John Rowlands).
Posted by Craig at 10:48