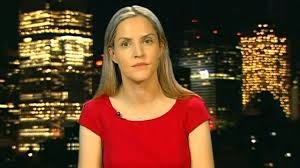 Talking about Louise Mensch and her encounters with BBC reporters...

Here's another exchange you may have missed:

@LouiseMensch @BBCgarethjones Lots of Beeboids finding it hard to keep up the pretence of impartiality during #GE2015
— Guido Fawkes (@GuidoFawkes) April 5, 2015

Cowardly idiot "@bbcgarethjones" has deleted his electioneering biased tweet sneering at the Sun and my right to vote as an overseas elector
— Louise Mensch (@LouiseMensch) April 5, 2015

Something like this always seems to happen during elections. BBC reporters just can't stop themselves.

As well as deleting his tweet attacking Louise Mensch and 'The Sun', Gareth Jones has also changed his Twitter handle from @BBCgarethjones to @Gareth___Jones (though his masthead still shows BBC Broadcasting House).

If you were wondering, Gareth is a Radio 5 Live News & Sport Producer.

Oddly, his feed also includes this from a few day's ago, tweeted during the ITV leaders' debate:

I guess he's talking about Leanne Woods of Plaid Cymru there; however, @simbrowning has deleted the tweet Gareth was replying to.


Someone else agreed with @simbrowning though (whatever it was he said):

@simbrowning agree I really like her, she seems nice, rather than odd
— Robin Thorpe (@ThorpeRobin) April 2, 2015

Did he also tweet something not entirely impartial and then delete the evidence?
Posted by Craig at 11:31