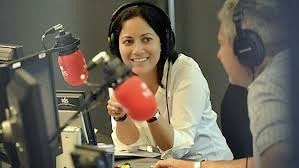 David Keighley at News-watch also has an interesting piece about it, entitled More BBC pro-EU bias in Farage 'Painting by Numbers' Interview.

For 16 years, News-watch has been monitoring in interviews by the BBC of Ukip leader Nigel Farage.

It’s the broadcasting equivalent of painting by numbers.

With wearying predictability, each one has been essentially the same. Question one usually suggests they are racist by wanting immigration controls. Question two posits the party is a flash in the pan, and then that their electoral bubble has definitely burst. Voters are now realising that supporting the party was a bad mistake. And then comes number three: why are there so many nutters and closet Nazis in party ranks?

All the main presenters – from John Humphrys to James Naughtie  and from Justin Webb and Evan Davis to Sarah Montague – have clearly been tutored in  this mechanical interviewing approach, and none of them deviates beyond a few commas and names from the script.

And neither did Mishal Husain:

It was the turn of Today presenter Mishal Husain to have her crack at Mr Farage on Thursday morning. She did not disappoint – exactly true to form in terms of content. The right-on Ms Husain spiced it up by adopting a sharply judgmental, condescending and authoritarian tone. It was if she was dealing with someone who should be subjected to the worst excesses of Sharia law.

After detailing how the interview worked, he draws the following conclusion:

What remains clear is that as the election coverage gathers pace, the Biased Broadcasting Corporation has no intention of portraying Ukip and all it stands for as anything other than a dangerous aberration.  The Commons European Scrutiny Committee recently highlighted that bias. One mercy is that the more these attacks continue, the more voters see through it- Ukip has risen despite the relentless opposition of the BBC. But the Husain interview illustrates graphically that many of the real issues of the campaign are not properly being discussed.

Well worth reading in full. As is the complete transcript of the interview provided.
Posted by Craig at 08:09