Your boy took one hell of a beating

There are so many credible charges of BBC bias swirling around at the moment that it's hard to keep up with them all.

The Telegraph published a piece earlier in the week slating BBC Radio One's Newsbeat for its 'Ask the Leaders' debate with David Cameron, where the PM faced a hostile grilling from the BBC-selected audience...

....plus a £1,000 bet from BBC presenter Chris Smith (no, not the former Labour minister) that the Conservatives wouldn't win an absolute majority at the election.

According to the Telegraph:

The BBC has been accused of launching a left-wing ambush on David Cameron after a deeply hostile Radio 1 interview in which the presenter bet the Prime Minister £1,000 he could not win a majority.

It sounded bad but, as this is a blog called 'Is the BBC biased?, I thought I ought to listen to it before sounding off about it.

Yes, it was a tough ride for the PM (though, to my mind, he took it all in his stride). The audience (twice) clapped points against Mr Cameron and engaged in vigorous debate with him, repeatedly questioning and interrupting him from hostile positions. David Cameron tried to answer their points and didn't (to my mind) do himself an injustice in so doing.

BBC presenter Chris Smith barely got a word in edge-ways - though, yes, he certainly used those 'words in edge-ways' to further bash the Conservative leader.

That was one fired-up, clued-up, but very possibly clueless, BBC audience.

BBC spokespeople subsequently claimed that this audience was - in traditional BBC studio audience fashion - carefully selected to represent a representative cross-section of opinion (plus various undecideds).

Well, it certainly didn't sound (to me) as if a single member of that audience supported David Cameron and his Tories.

The Telegraph seems to have had a point.

Being me, however (and, sorry for that but I really can't help it), I then felt the absolute need to compare that edition with the one with the Labour leader, which took place on Radio One tonight.

My take on that is that it wasn't that easy a ride for Ed Miliband either - not as hard a ride as that for David Cameron, but, still, no ride in the park either (to grab the nearest trope) .

Although two of the questioners attacked Ed 'from the Left' (with one of them expressing the hope that Labour wouldn't fare too badly against the SNP in Scotland), the bulk of the audience's questioning did tackle Ed 'from the right' - and presenter Chris Smith, to his credit, took the lead in doing so.

That, however, is where this curious programme's curiosity lies.

Despite the audience questioners today who gave Ed a good grilling (and there were fewer of them than with David Cameron), and despite Chris's contiguous 'devil's advocacy' grilling of the Labour leader, this edition was clearly less hostile towards the Labour leader than the previous edition had been toward the Tory leader.

There was no clapping of points against Ed Miliband, and no mocking laughter (as there was, at one point, against David Cameron); indeed, the audience (in total contrast to the David Cameron edition) took something of a back seat, leaving the BBC presenter to put many of the 'right wing' points (which he did, as I said earlier, in a clearly 'devil's advocate' fashion).

The five pre-chosen questions from the young audience (someone interpolated a sixth one about giving the vote to 16 and 17 year olds) concerned: (1) the likely rout of Labour by the SNP in Scotland, (2) whether we can trust Ed if he can't even be loyal to his own brother, (3) why Labour's lowering of tuition fees will only subsidise the wealthiest graduates, (4) the IFS's report saying Labour would land another £90 billion worth of debt on the country by 2019, and (5) LGBT rights in Northern Ireland. Chris Smith also strongly challenged the Labour leader over the poor standards of the Labour-run Welsh NHS and tackled him over his failure to bring up Libya once during four years of PMQs.

Despite quite a few interruptions, however, there wasn't the out-and-out free-for-all that seemed to erupt (from the BBC audience and presenter) against Mr Cameron.

And Chris's repetition of his £1,000 bet to Ed that Labour wouldn't win an absolute majority either was so obviously tacked on and cursory - and so clearly meant as a riposte to the criticism from the Telegraph (and others) - that it seemed rather to prove his 'guilt' more than it proved his 'innocence'. 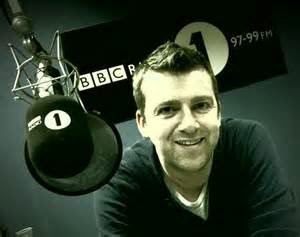 Though this wasn't an easy ride for Ed, he wasn't subject to anywhere near the degree of constant pestering that the PM was.

We are, obviously, somewhat is 'shades of grey' territory here, albeit tending (I strongly reckon) towards one side.

The Telegraph ought to be considering this edition too, and also comparing it to Wednesday's edition. (They, however, have their own agenda, and if you don't like it don't pay for it).

I really cannot help thinking, however, that tonight's edition was as tough as it was on Ed. Why? Simply because the Telegraph and other had protested so loudly about the complete one-sidedness of Wednesday's night interview with the Conservative leader...

...- i.e. that protests against BBC bias, if they are high-powered enough, can work (which is both reassuring and worrying).

If there hadn't have been that fuss, would Newsbeat have selected so many critics of Labour (I counted three of them) today? And would Chris have so clearly taken charge and 'played devil's advocate' so vigorously throughout?

If the Telegraph (and others) hadn't kicked up such a storm would Ed have received a softer ride today? Was Newsbeat embarrassed into being tougher with the Labour leader than they would otherwise have been?

Well, alas, as I said earlier, we'll never know, will we?


Update: The Newsbeat website's own write-up of the Ed Miliband programme is very selective. It concentrates on just three sections - the Libya issue, tuition fees and the SNP threat.

The very interesting (and rather damning) sections on the Welsh NHS and the IFS's report about Labour's likely racking up for a further £90 billion worth of debt clearly weren't considered worthy of a write-up. Nor was the discussion following the second question about trust and Ed's 'betrayal' of his own brother.
Posted by Craig at 23:28