“The Mediterranean has always lapped against the beaches of the very fortunate, think of the Côte d'Azur, and the less fortunate - think of Gaza. That’s what the people smugglers know of course. They dangle the prospect of a new start...”

That’s how Justin Webb introduced a piece, which is described on the Today programme’s website  ‘running order’ thus:

The UN Secretary General says he is shocked and saddened by reports that a ship carrying as many as 700 migrants and refugees has capsized off the Libyan coast (see 0710). Richard Bilton is the BBC’s Correspondent in Lampedusa; John Murray is the Marine Director for the International Chamber of Shipping (ICS) and Elly Schlein is an Italian MEP and a member of the Civil Liberties, Justice and Home Affairs (LIBE) Committee at the European Parliament.

Now, it may be nitpicking or it may not. One person’s nitpick is another person’s abomination, but what has Gaza got to do with Libyan would-be migrants and refugees?

Well, I suppose they’re all ‘refugees’ - in name. If Justin wished to illustrate a location that has a beach, and is unfortunate, well, I suppose his reference to Gaza in that context might have some vague relevance, tendentious or otherwise.

Gaza does indeed appear to have a potential asset in its beaches. I’m told they have wonderful beaches there, which could form the basis of thriving tourist industry.

Justin may or may not be fully aware of the precise nature of the impediment to the Gazans’ and the tourist industry’s full enjoyment thereof. I.e., what is stopping Gaza taking full advantage of that natural asset? The answer is of course that the matter is entirely in the hands of Hamas. 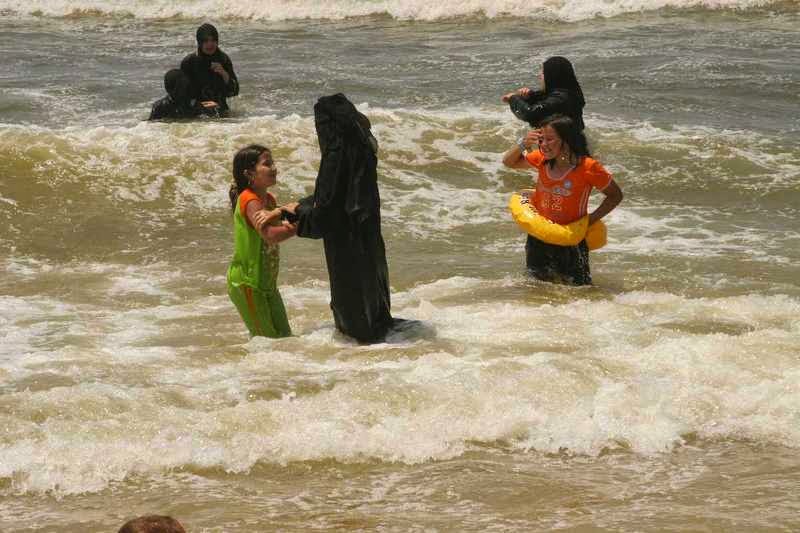 I’d say that using Gaza as an example of a “less fortunate” Mediterranean costal resort, as opposed to the ‘very fortunate’ Côte d'Azur, was in fact Justin’s knee jerk reaction, relating to our old friend ‘the largest open prison in the world’.

I contend that in his desire to grasp at a symbolic image to convey the diametric opposite of the paradise-like  Côte d'Azur, he chose Gaza as a symbol of the hell-hole. I saw it as an indirect, ambiguous, subliminal message, an anti-Israel slur, which sounded as unfortunate to me as Gaza seems to be to him.