Robert Peston gets carried away 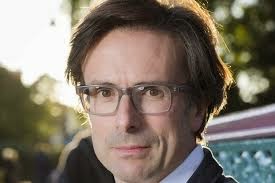 There was an odd contribution to last night's News at Ten on BBC One from Robert Peston.

He was commenting on Tony Blair's warnings about holding an EU referendum in the UK during the next parliament.

Well, the UK is an economy particularly dependent on big multinationals; in fact, it's been a point of government policy for about 30, 40 years to attract them here. Why do they base themselves here? Well, it's for access to the single market of the European Union - the biggest market in the world of its sort. Now, in the couple of years or so, if the Tories win the election, that would be the run-up to a referendum there would be considerable uncertainty about the outcome in that period, there's a risk those multinationals would stop investing, or at least put investment on hold. That would be a cost. That would slow down the economy.

Then, moving beyond reinforcing Tony Blair's point, Robert began talking about the possible economic effects of a Brexit:

If in that referendum we were to vote to leave the European Union, well, a group like Open Europe, which is fairly critical of the way the European Union runs itself, it estimates that the potential costs by 2030 of leaving on worst case basis would be about 2%...a bit more than 2% of GDP. They do address the UKIP argument that we would have more control over thinks like red tape imposed on businesses, how to tax ourselves, you know, how to run our economy. They say the best case, if everything went to plan, would be an improvement in GDP of 1.5%. So they're saying the worst case outcome is significantly worse than the best case outcome of independence. So they would say the costs massively outweigh...well not massively, but they outweigh the potential benefits.

I had to re-listen to that to make sure he hadn't said 5% or something rather than 2% as I was thinking that 2% one way certainly isn't that much more "significant" than 1.5% the other way - especially given that one is a worst case scenario and the other a best case scenario.

Indeed, when you look at Open Europe's report they describe both their worst case scenario (a 2.2% cost) and their best case scenario (a 1.6% benefit) as "outliers" and say that "the more realistic range" lies between a cost of 0.8% and a benefit of 0.6%.

Having skimmed the Open Europe report for myself, I'd say that Robert was spinning their findings here - and doing so, in characteristic BBC fashion, to make a pro-EU point.

The actual findings of the Open Europe report into the economic consequences of a British exit from the EU seem to suggest that it wouldn't be either economically catastrophic or a great economic boon for Britain; indeed, the "realistic range" suggests it could have a surprisingly neutral economic impact.

You probably wouldn't have guessed that from Robert Peston's piece.
Posted by Craig at 20:17