The other day I seem to remember wondering why the good folk that comment on Harry’s Place, and many of the others who comment on pro-Israel (or slightly pro-Israel) blogs don’t seem to get so hot under the collar about BBC bias as we do here. I think I know the answer. They’ve given up on it. They know it’s bad, but as far as they’re concerned it’s a lost cause.
As I said in the previous thread, the BBC is well aware that it “brings stories to audiences around the world”.
Most of the opinions the average person in the street might have on the subject of Israel and the Palestinians, or the Middle E
ast in general - if they have any at all,  are entirely based on what they hear on the BBC. They’re only half paying attention, they don’t know anything about the history or the geography. All they know is Gaza, Gaza, Gaza.

It’s only now, when the news is dominated daily by horrific tales of Islamist fuelled terrorism, that people are starting to ask a few pertinent questions.

It’s a pity that we’re such a fragmented bunch. Several bloggers have written about Jeremy Bowen’s latest abomination. We all thought it was daft enough to be an April fool. Here’s professor Alan Johnson’s article, which sets out the background in a more serious manner than I am apt to do. I’m beginning to see the BBC as a lost cause too. I’ve been saying more or less the same things for years, apparently to little or no effect.
Hey ho. 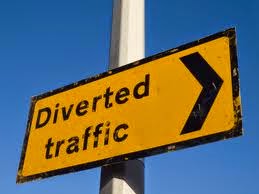 Go over to Harry’s Place and read the whole thing, why don’t you?
Posted by sue at 14:45