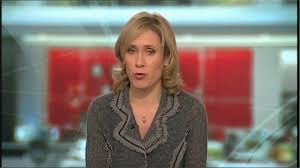 Last night's BBC One News at Ten did provide some of the background material found in The Times - noting that one of the young jihadis is the grandson of "a well-known and respected cleric" and that that his brother had been convicted of a terrorism charge in 2006, aged 15, having downloaded instruction on how to make napalm.

The report went no further than that though, and the chosen angle (it probably won't surprise you to hear) concerned the plight of the "young people" and the suffering of their families.

This is how the introduction to the report and then the report proper began:

Sophie Raworth: The families of two 17-year-old boys, thought to have travelled to Syria, say they are in a state of profound shock.

The 'vox pops' from 'the local community' were equally predictable:

Man 1: To leave the country, leave the parent. Now this is totally wrong.

Woman: They are preying on young, innocent minds and grooming them.

Man 3: A lot of young Muslims don't feel part of  this society. They feel that they don't fit in. So I feel we need to do a lot more to integrate them into our society.

This pattern of BBC reporting is becoming wearyingly familiar.
Posted by Craig at 19:23