Back to the Future at 'Dateline' 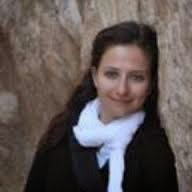 This week's Dateline London on the BBC News Channel (and on BBC World, for any passing non-Brits) reverted to type again.

Lacking a right-winger (no Janet Daley, no Alex Deane, this week), the left-packed panel - Nabila Ramdani, Marc Roche, David Aaronovitch, plus impartial BBC Turkish correspondent Safak Timur - did what left-wing Dateline panels usually do on the subject of British politics: They agreed.

Specifically, they agreed that the Tories were behaving wickedly and foolishly in stoking up fears of an SNP-'guided' Labour minority government.

Their condemnation of the Tories went on and on. The whole SNP 'scare' is, apparently, just David Cameron pandering to UKIP waverers who - unlike everyone else in the UK (it was said) - care about things like 'English votes for English laws' and the possibility of SNP-'guided' disruption raining down upon us. Such people, we were assured, constitute a very narrow section of British society (though one that, at least during this election, matters a lot to the Tory leader). They and the Tories are, apparently, very, very silly to think that the SNP are dangerous left-wing radicals. David A despaired at their (our?) irresponsibility.

In fairness to the BBC's Safak here, she did keep her comments vague on this matter - so vague that I couldn't work out what she was actually saying. Therefore, she can't be charged with bias on this front.

That said, she did opine on the migrants crisis in the Med, saying that the EU should be doing more and she dismissed the idea that those migrants ought to be housed close to home. She thinks that's impractical.

On that subject there was more disagreement: EU fanatic Marc Roche stood up for the EU, Nabs Ramdani denounced the West. As both Nabila and Marc would perhaps say: Plus ça change, plus c'est la même chose.
Posted by Craig at 21:14