"I'm grateful to the immigrants who saved my life, but..." 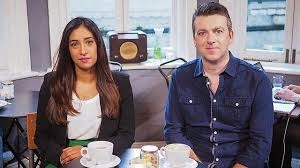 Many people have commented about the pro-immigration bias of last night's Newsbeat election special, broadcast live on Radio 1 and the BBC News Channel, then re-broadcast later on BBC Two.

The feature that most caught people's attention was Newsbeat reporter Tina Daheley's introduction, complete with its collection of youthful vox pops:

Tina Daheley: You hear plenty of talk about it....

Tina Daheley: In our biggest ever survey of 18-24 year olds, it wasn't your top priority, but 28% of you told us that controlling immigration is important.

Vox pop 1: I think immigrants bring more to our society and culture than they take out. I think a lot of hate that immigrants get is due to ignorance.

Vox pop 2:  I think it's amazing what immigration can do culturally. Without Jamaican immigration we wouldn't even have jerk chicken here.

Vox pop 3: I support membership to the EU and believe that immigration is important to a successful economy. However, I do believe there should be limits on when immigrants can claim benefits.

Tina Daheley: But getting hold of really cold hard facts on immigration is incredibly difficult. Lots of the figures you hear are based on surveys, projections and sometimes on pure guesswork.

Vox pop 4: The media's always telling us that Britain's over-crowded and the immigrants are the ones to blame. But personally I don't think there's a problem.

Vox pop 5: I left school when I was sixteen. I went straight into the building trade. I started earning £80 a day. In 2005-2006 we had mass immigration, mainly from Eastern Europe, which was unskilled workers, upon which I moved to a different firm and all I could literally get was £40 a day and that was because of the mass immigration of unskilled labour.

Tina Daheley: So what do we actually know? Every year hundreds of thousands of people come to the UK, hundreds of thousands leave to work or study elsewhere. The difference between those numbers gives us a rough total for immigration and that number is around 300,000 every year, many from the European Union but many others from outside it.

Nigel Farage: Take immigration into Britain back to normal.

Vox pop 4 (again): When politicians talk about a normal level of immigration I just find it a bit weird. Everyone's normal level is going to be different.

Tina Daheley: There's plenty of evidence that immigration is good for the UK's economy, but there are growing claims that these numbers are just too high and it is putting a strain on things like housing, schools and the NHS.

Vox pop 6: I'm grateful to the immigrants who saved my life but I do think it's important to have a good grasp of the English language.

Tina Daheley: Many politicians say they want to bring immigration down but not many want to put a figure on how many they want to reduce it by because so many have got it dramatically wrong in the past.

David Cameron: Immigration will be at levels our country can manage. No ifs, no buts.

Nick Clegg: Got "No ifs, no buts." Said it very firmly to the camera. "We're going to get immigration down to tens of thousands." I said, "No. you're not".

Ed Miliband: Labour got it wrong in the past. We've listened, we've learned and we've changed.

Tina Daheley: Even UKIP now say they wouldn't put a limit or cap on immigration.

Tina Daheley: So what do our young voters in Birmingham make of it all? 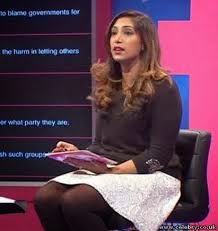 Yes, that was certainly biased.

Where to begin? With the contentious assertion on Tina Daheley's part that "There's plenty of evidence that immigration is good for the UK's economy" set against what she said were "claims" from the critics of a strain on services caused by the high numbers of immigrants?

Or, more perhaps even more damningly, with the overwhelming pro-immigration bias of the six vox pops? With one exception (the one lad among the young, female vox pops) the brief, lukewarm caveats expressed were prefaced by comments like, " I support membership to the EU and believe that immigration is important to a successful economy, however..." and "I'm grateful to the immigrants who saved my life, but...".

Or with the framing of the clips featuring David Cameron and, twice, Nigel Farage to made them look bad - especially Nigel Farage, who was tarred by one of the vox pops with 'weirdness'?

A definite impartiality failure there, I'd said - and quite a whiff of propaganda.
Posted by Craig at 20:47