I don't think there can be too much complaint about the spread of guests, politics-wise (except from ungenerous political partisans). It spread from left to right, going from Natalie Bennett through Harriet Harman and Lesley Riddoch to George Osborne and Peter Hitchens. (And, for any Scots Nats, Lesley was there to put the nationalist point of view too.)

If we were to draw a scale of hostility between Andrew Marr's all-guns-blazing interview with George Osborne and his less intense interview with Harriet Harman, where would Andy's first political interview today, with Green Party leader Natalie Bennett, come? 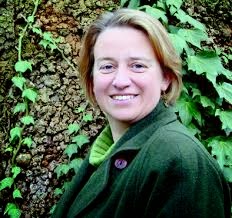 Andrew Marr really went to town on her party's policy to ban the Grand National, the nation's favourite horse race (as he called it) - especially as she repeatedly avoided confirming or denying that the Greens do want to ban it. He also pushed her on the deficit ("...we are paying huge amounts of money – 30 billion pounds in debt interest, 1.9 trillion pound black hole at the moment – that does need to be dealt with. Which is why all party leaders, including you, are being asked okay how would you deal with it?"), dismissed her 60p tax rate proposal and rather mocked her party's wealth tax proposal too.

So I'd say the Green Party representative didn't get an easy ride there. (Typically, she floundered somewhat as a result).

In fact, were I still using my old measure, the interruption coefficient, which tried to achieve a context-free (and, therefore, as-objective-as-possible measure) way of monitoring bias...

As the BBC was the first to tell me though, interruptions aren't everything. Still, they remain suggestive, don't they? 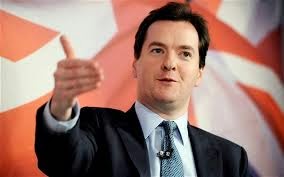 The George Osborne interview was especially tough because it focused relentlessly on detail - economic detail - and on the Tories' failure to be specific about the details. And Andrew Marr made his frustration at GO's reticence on the subject crystal clear:


No you keep saying sensible and balanced, balanced and sensible. That’s not, with respect, exactly what I’m asking.

Similarly, the focus on the 'great backstabbing controversy' was, well, very focused - so focused that it made GO repeat Michael Fallon's 'controversial' criticism of Ed Miliband - despite GO's very obvious initial reluctance to do so.

Yes, George came up with a fine joke at the end (on the sofa) at Hattie's expense (about them going to the same school), but the leftist Twitterati weren't entirely wrong (I think) about this being something of a car-crash interview for George Osborne. 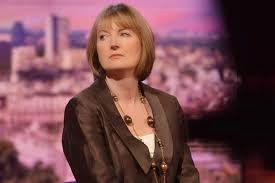 What though of the Harriet Harman interview?

Well, there were quite a lot of interruptions and quite a bit of pressing, but on what subjects?

Well, on these subjects: (1) on whether the SNP are posing a problem for Labour in Scotland; (2) on whether Labour and the Lib Dems should team up after the election; (3) on whether the Tories are lying over their NHS spending promises; (4) on whether Ed Miliband was a bit dodgy over his own inheritance matters, and (5) over whether she's being sidelined in the campaign.

From that list, item (4) is clearly the one that will wind up Labour most. However, frankly, that was the only one, wasn't it?

And the third one of that list (on whether the Tories are lying over their NHS spending promises), on which Andrew pressed particularly strongly, struck me as especially weird. Andrew seemed to be getting frustrated with her that she wouldn't openly denounce the Tories as outright liars on the matter.

Now, I very much like Andrew Marr, but that's not exactly challenging subject matter, is it? So, his performances in the coming weeks deserve watching as closely as they were watched last time. 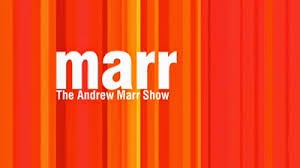 Incidentally, the programme, rather splendidly, posts its own transcripts of the main interviews.

It also gives some of them its own 'headlines'.

Please compare the headlines they provide for today's George Osborne and Harriet Harman interviews and see if you can spot any bias:

Harriet Harman
Headlines:
 She says Labour is not talking to the Liberal Democrats behind the scenes about a
partnership after the election
 She says Tory NHS funding pledge is ‘illusory’
 She claims the Conservatives' negative campaigning is undermining the economy
and “it just turns people off”.

George Osborne
Headlines:
 Chancellor denies the Conservatives are making unfunded promises to
increase NHS spending.
 He said money would come from the Conservatives ‘balanced plan’ for
the economy, but declined to go into further detail.

I'd say that Hattie gets the best out of that too: Harriet says things and denounces the Tories; George is on the defensive though, having to deny things and declining to go into further details.
Posted by Craig at 17:09