Radio 4's Brexit Collection is a gathering-together of Brexit-related programmes, presumably intended to act as a showcase for the station.

All the items were listed and described in that post and, taken in the round, offered such an overwhelmingly negative take on Brexit that I ended by writing:

My ruling? The exhibits exhibited here by the Defence are the most damning gathering of exhibits I've ever seen. The BBC has gifted the Prosecution. The verdict is beyond reasonable doubt: The BBC is guilty of bias. Case closed.

If you've reviewed them too (and are being fair-minded) I really don't think you could possibly disagree with that (if I say so myself). The overall level of overall bias (against Brexit) was absolutely astonishing.

Six more exhibits have since been added to the Collection (some of which we've already written about here at ITBB):


All - except for (Remain-supporting) Anne McElvoy's fine and completely fair documentary - had an anti-Brexit bias.

Regular readers will know all about Brexit Street and its ongoing painting of untypical Leave voters as racist morons (one of the most skewed and wrong-headed pieces of BBC reporting in a long time). 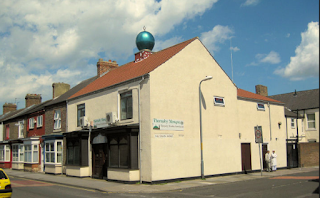 They may also recall The Leavocrats as being an openly personal and very one-sided piece from a strong Remain supporter.

Another strong Remain supporter, Gary Younge of the Guardian, got two half-hour programmes to focus on claims of post-Brexit racism, without providing much in the way of actual direct evidence. (David Keighley and Ken MacIntosh both slammed this colossal smear on Leave supporters over at The Conservative Woman.)

A further strong Remain supporter, David Aaronovitch of The Times, was more subtle on his two-part The Briefing Room (a companion episode looked at Remain voters), though his expert guests inclined towards Remain and towards a thesis which, controversially, connected Leave voters with people who wanted hanging and flogging (yes, both!). The Remain supporters got more time and much less 'scrutiny'.

And, finally, Front Row's discussion wasn't without a couple of Brexit-friendly (left-wing) guests (for balance!), but had a panel heavily loaded against Brexit....the worst, I'm ashamed to say, being Morecambe's very own Wayne Hemingway, who pretty much called for riots to keep us in the EU....and, not unusually for the BBC, an audience that was even more loaded against Brexit. It pretty much amounted to one big sigh about Brexit.

So, all in all, that's another avalanche of anti-Brexit-biased BBC broadcasting to swell the already vast snowy plain of anti-Brexit bias found in BBC Radio 4's Brexit Collection.

Except for those two A Point of Views from Roger Scruton and John Gray, the whole thing provides clear proof that the BBC has a severe post-Brexit bias on the subject of Brexit, against Brexit.

And it's a bias that evidently isn't fading with time....

The latest Radio 4 Brexit special (not yet included in the Brexit Collection) came via this week's In Business - the first post-Brexit edition of the programme to tackle the issue of Brexit.

And what angle did they choose?:

And, yes, it was largely negative about the Brexit vote and the possible consequences of Brexit.

Quite where the idea of 'BBC impartiality' can be found in the vast majority of this I'm at a complete loss to say.
Posted by Craig at 16:14