Of Dubya and coffee 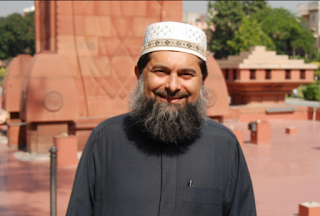 Waking up and smelling the coffee on Saturday 10 September, Radio 4 listeners would have been treated to a Prayer for the Day from our silky old friend, Shaykh Ibrahim Mogra of the Muslim Council of Britain. (His prayers continued on Radio 4 for several days after).

He talked about 9/11 and, unusually for such an uncontroversial programme, used the opportunity to criticise George Dubya Bush for using the phrase 'war on terror'. It was, he said,  "controversial...especially for many Muslims, which has also had great cost to diverse individuals and communities." He then prayed to his God.

Well, it comes to something when even Prayer for the Day is used for political purposes by an Islamist!

What next? Tweet of the Day on the nightingale by Ayatollah Ali Khamenei?:

The nightingale's melodious song has infiltrated the heart of poets and Islamic scholars for many centuries. Its song, contrary to what is said in the decadent West, is not to do with courtship or territorial marking. The nightingale is simply singing what every true believer knows in his heart: "Death to America! Death to Israel!"

A few hours later came The Muhammadan Bean: The Secret History of Islam and Coffee, presented by journalist Abdul-Rehman Malik.

Being a tea-drinker, I wasn't inclined to listen to it.

Abdul-Rehman's Twitter feed is interesting but much as you'd expect - left-leaning party-politically, strongly pro-Sadiq Khan in the London mayoral election, anti-Prevent,  backing criticism of Maajid Nawaz for trying to engage with Tommy Robinson, supportive of an anti-Israel activist, etc.

His personal page says that his:

I supposed I ought to listen to his coffee programme, as it would be wrong to just derisively imply that someone's a typical BBC choice without listening to their programme first. After all, it could be completely free of proselytising....

Could I be bothered though? Wouldn't I much prefer to have a cup of tea and do something else instead?

Well, I listened, and what happened?

He begins by telling us that he's of Pakistani heritage and is now describing how he's long been "hooked" on the "intoxicating...wine of Islam". (I much prefer the intoxicating wine of Asda). Coffee-drinking spread from Ethiopia to Yemen. Mystical Sufi Muslims then spread it further. Coffee houses eventually became stylish meeting places (like Starbucks?), and coffee as "a culture, an art and a cultural force" peaked in the Ottoman Empire, arriving in Constantinople in 1544 via Syrian merchants from Greater Syria. They achieved a global monopoly on coffee. Exports of coffee seeds and plants from Yemen was punishable by death. The likes of the Dutch East India Company eventually got round that. Pope Clement VIII in 1600 is said to have liked the Satanic Mohammedan brew so much that he said he wanted to baptise it. It came to London in 1652 (Cromwell's time) when Pasqua Rosée, the Greek servant of a British Levant merchant, established the first coffee house there. By 1659 two more opened up. By 1663 (post-Restoration) there were 82 coffee houses within the old walls of the city. By the turn of the century there were 3,000. Etc.

Labels: 'Prayer for the Day', 'The Muhammadan Bean: The Secret History of Islam and Coffee', Shaykh Ibrahim Mogra