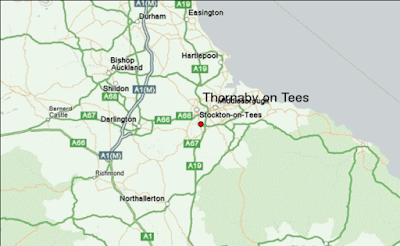 Here's something I partly 'grabbed' while on holiday (whilst obviously not being on holiday enough!).


It relates to Emma Jane Kirby's Brexit Street feature on Radio 4's PM - and adds to our previous posts about it.

Please have a read of David Keighley's transcription of the 5 September episode of Brexit Street and witness again everything we've talked about before being played out yet again.

Listening to #bbcpm 'Brexit Street" and feeing so disheartened by xenophobic rhetoric and more meaningless statements re 'Great' Britain.

#BBCr4today #BBCPM Did you listen to #Brexit st, my god, how thick, he worked in Holland ffs, no free movement no job in Holland

Most ignorant #brexit voxpop ever on #bbcpm just now - from Thornaby-on-Tees. I shudder. #brexitstreet

@BBCPM Shocking ignorance re: migrants/Brexit on PM just now. Disconnect of politicians and voters so clear

@BBCPM see the BBC is getting out the anti-Brexit propaganda again. Creating a caricature of Brexiteers as people who lack insight. #Biased

Are these #bbcpm Brexit vox pops just designed to piss people off? Cos if so, they're working pretty well

#Bbcpm dispatches from #brexit street are bloody funny it's like someone put alot of tabloids in a blender.

The voice of Brexit on #bbcpm. Awesome

I assure you I won't be seeking out Brexit St. It's too depressing.
#bbcpm @bbcpm

Epic example on @bbcpm about how people who voted #brexit knowing nothing about impact of it. Think asylum seekers "steal" jobs. FFS.

Conversation on @BBCPM: we should leave Europe now. 'Who do you usually vote for?' Nobody. I live in Malta.

When I think #voteleave #brexit types are simple, it's because of the people live on air now! @BBCRadio4 @BBCPM

If you are a #brexit voter, listen to your fellow travellers now on #bbcpm and weep

#bbcpm Hear the luvvies educating the Brexit voters who all drink mild in whippet strewn public bars why they should have voted remain.

That's quite a range of responses but all of them back up the obvious point about this deeply objectionable series: that it portrays the 'typical' Leave voter (who's no such thing, given that this is a highly unrepresentative street) as a 'stupid racist' and allows the nastier Remain-supporting elements to have a field day at Leave voters' expense.

Does Emma Jane ever worry about how her carefully-selected Brexit Street Leave voters are being so regularly and roundly mocked and insulted on Twitter?
Posted by Craig at 06:11