Fighting Racism (all my life)

I must admit I was horrified at last evening’s BBC QT (Labour Party special) but it wasn’t entirely David Dimbleby’s fault. 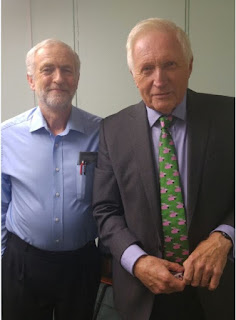 He began by announcing that this particular audience were Labour supporters - including  Corbybistas, Owenites and undecideds. Also Ukippers, assorted others (Greens) and possibly Tories, I forget.
It was a kind of covering clause, preemptively distancing the production team from the inevitable partisan hollering, wolf-whistling, booing and cat-calling, given the inherent nastiness of the participants. Audience rowdiness is Nothing To Do With the BBC.

I imagine it was aimed at the cynics amongst us; those who suspect all QT audiences are deliberately rigged by mischief-making producers trying to relieve the boredom with a spot of audience-induced drama.
It’s not even a secret that the QT audience is selected by dark forces, and that your ticket application form doubles as a political questionnaire. Also, the debate took place in Oldham.

This programme induced a deep melancholia in this viewer. If anyone was in any doubt about why so many people are desperately wondering where else to go - to what country - this programme would dispel such doubts. But still - where? It was a microcosm of what’s gone wrong here.

The implosion of the Labour party.
The infantilisation of the public.
The BBC’s populism.
Corbynism; an alarming cult.

Corbyn has relaxed into the role. Doesn’t matter what he says, any waffly, generalised platitude will keep the groupies happy. They can be relied on to boo at all opposition no matter how plausible, reasonable or rational.

Not that it matters, but the Telegraph decided Smith “wiped the floor” with Corbyn.

“Did we learn anything from the debate? Not really. Corbyn has mastered a line in “geography teacher making serious point” – he leans on the podium and speaks more slowly and ever so slightly louder. Smith can take an audience head on and say things they don’t want to hear including the need for Labour to win over Tory voters, unflustered by the uncomradely booing (which is how Corbyn supporters interpret their man’s “no abuse” line).

We also saw that Corbyn supporters share their candidate’s unshakable certainty and complete lack of reflection. One Corbynista told Owen Smith “You’re in the wrong party!”. When Smith pulled him up on that, condemning it as abuse, the man was genuinely aggrieved – “How is that abuse?” That, in the end, was the most telling moment – the man meant it, he really didn’t think that calling Owen Smith a Tory was in any way wrong. That is what the Labour Party has come to under Corbyn’s leadership. It is why he must go, and why he almost certainly won’t.”

Corbyn was speaking to his adoring fans in the studio whereas Smith had given up trying to do that and  was talking over their heads to the viewers at home.

The Muslims in the audience made their presence felt. One man actually declared his love for Jeremy. Literally. When the question of antisemitism came up Owen fought bravely, but the topic was soon hijacked by 'Islamophobia', and of course it was quite enough for Corbyn to brush it aside, intoning, as usual, the one about fighting racism All My Life.

As the credits rolled and the fat lady sang, a crowd of ‘men’ lined up to get a selfie with their leader, while Owen Smith exited stage left. 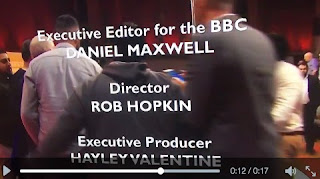