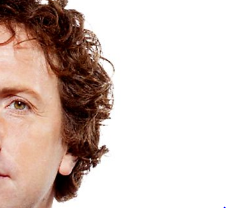 In fairness - and following on from both of the last two posts...

This morning's Broadcasting House also feature a satirical squib from The Now Show's Steve Punt that inevitably outraged the Corbynistas on Twitter....

....at least one of whom chose - in their usual "kinder, gentler" way - to rhyme Steve's surname in a James Naughtie-like fashion, whilst not forgetting to add the word 'Tory' in front of it.

In some respects, Mr Punt's joke - a 'draft letter' - could be seen as being on any Labour 'moderate' who (Sarah Champion-like) goes crawling back to Jeremy Corbyn for re-admittance to Labour's shadow cabinet (having previously resigned), especially now, in the light of his latest internal triumph. But (and this might not be mutually contradictory!) all the biting bits of Steve's satire were at the expense of Mr Corbyn, his cause and his supporters, and there was a very striking (and obvious) undercurrent of 'Blairite' messaging too.

By now I hope you can see that I have been cruelly misrepresented by the sinister forces of the Establishment that have conspired to prevent socialist revolution by brainwashing the voters into consistently not voting for it for the last 71 years.

You may notice that in the paragraph where I ask the question, 'Can a man who openly despises the military, the financial sector and the concept of 'profit' be put in charge of a trading nation with NATO membership and a service sector providing a third of the tax base?', the anonymous hackers have then deleted the second sentence, 'Nobody but a tool of the capitalist system would ask such a question, denying (as it does) the inevitable triumph of the workers' revolution.

As you can see, Steve Punt wasn't quite as subtle as James Naughtie there.
Posted by Craig at 17:54