Does anyone remember the debacle at King’s College London in January, when Pro-Palestinian activists broke through security, smashed a window and disrupted an Israeli guest’s talk? 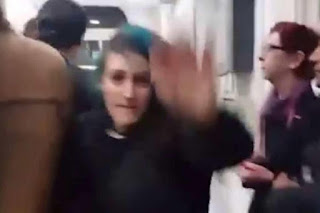 Ivana Bevilaqua, 25, a politics student (good grief) was found guilty of assault, given a conditional discharge and ordered to pay costs and compensation to Esther Enfield, the victim of the assault. I suppose, sadly, in this day and age this behaviour is so widespread it’s not considered a very serious crime or a very important case, and no-one would be surprised if the BBC wasn’t interested in it.

Student Rights website reported it though. They gave more detail than the Evening Standard.

The protesters disrupted the event from the start by chanting “Free, Free Palestine” and then preceded to bang on the building's windows and doors, smashing glass and setting off multiple fire alarms.

Eventually, the police arrived and the event finished half an hour early as the building was evacuated.

After the event, the president of KCL Israel Society, Ester Endfield, told the Jewish Chronicle:

“At one point I was against the door and Joseph [Stoll, the society’s vice president] was protecting me. I was crying because I was scared and didn't know what to do.This girl hit me and my phone dropped out of my hand. I was trying to film, she just came up to me and hit me on my arm.

Some people were trying to punch the door to get into the room. They were very aggressive and angry. It was completely unacceptable.”

Another article on that site is headed: “NUS delegate's rant shows wider problem in student movement”

“Daniel Yahia, a student at the University of Edinburgh elected as a National Union of Students (NUS) delegate, has been accused of using antisemitic language on his Facebook page.

When discussing Nir Bitton, an Israeli footballer who plays for Celtic, Mr Yahia wrote:
“Sick of seeing Celtic fans creaming themselves over Nir Bitton. We are a club open to all, that cannot be disputed, but by all, we mean humans, of difference creeds, races and religions.

Zionists are subhuman and, Nir Bitton is a filthy, Zionist rat. Get him as far to fuck from our club as possible. If you’re gonna wave your Palestinian flag, don’t be a hypocrite and demand this bastard takes his place on the team.”

In response to a comment saying Bitton should be gassed, Yahia replied that this would “be too good for him”.

The Tab has since published Yahia’s response, in which he wrote:“I did not pick out Bitton for his religion once, nor his nationality. Though my words were intemperate and perhaps a little much, they were not racist.My friend Podge’s comments of gassing him, as is slang in Belfast means to sack/fire, though the context of the status do mean it was inappropriate.…I have no problems with Jews or Israelis, just Zionists.”

There is a distinctly comical air to this. It almost qualifies as a “You couldn’t make it up.” 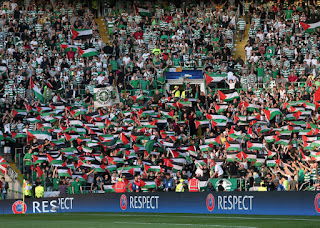 So much for the current state of universities. However, it does bring me to the vexed case of football and those Palestinian Flags that appeared in Glasgow when Celtic played an Israeli team.

“Hundreds of fans at a football match between Glasgow Celtic and Israeli side Hapoel Beer Sheva turned whole sections of the stadium into a sea of Palestinian flags in a protest against the Israeli occupation, ignoring an official ban on political demonstrations.”

The BBC did report this. In a disconcertingly upbeat way. It’s pretty clear where the sympathy of whoever wrote it lies.  (and also here)

However the worst thing the BBC has come up with on this topic, as far as I know, is a Talkback phone-in from Belfast. Radio Ulster. 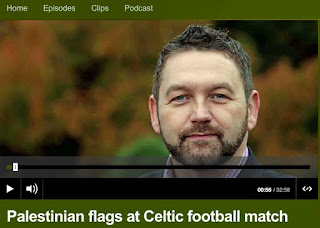 I’m aware that “Belfast” in general isn’t likely to support Israel - the Irish on both sides of the border are not known for philo-semitism, so I wasn’t surprised that the guests and callers would be ideologically pro-Palestinian, but I was disappointed to learn that they had no objections to the politicisation of sport - at least in this particular case. (I’m pretty sure their leniency might not extend to other forms of political  flag-waving, literal and figurative) 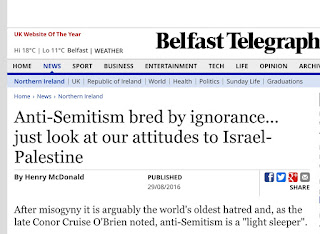 The most telling thing for me was that the host was William Crawley, whom you’ll be familiar with as one of the hosts of the Sunday programme on Radio 4, which tackles religious matters, where impartiality ought to be a given. (Quiet at the back!) 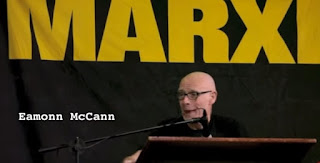 The invited guests included Marxist and arch Israel-hater Eamonn McCann, pro-Palestinian activist Liam  O’Hare, another man (whose name I didn’t catch) and last but not least the Rev Chris Hudson.

Despite the fact that he agreed with the fact-free allegations about Israel that the others were bandying about willy nilly, the Rev was cast into the distinctly lonely pro-Israel position. (The usual fare: stolen Arab land. Apartheid state. Pariah state, oppressors etc etc.)

He spoke against the politicisation of sport, but what he really wanted to talk about was the appalling desecration of headstones in a Belfast Jewish cemetery, which is what he claimed he had specifically been asked to come on the programme to do. The BBC has a reputation for misleading participants in that particular way. They ambush them with the real agenda once they’re on air.

William Crawley even asked him why he kept bringing it up, as if connecting antisemitism with Palestinian flag-waving at Israeli footballers was gratuitous and itself a politicising act.  They all agreed Anti-Zionism has nothing to do with antisemitism, and naturally none of them had anything to with antisemitism.  Who does?

About halfway through, Crawley read out a message: “When are we going to hear something from the Israeli side?”  We had to make do with the reluctant Rev for that. All the callers, without exception, were Israel-bashers of varying degrees of intensity, ranging from spittle-flecked to apoplectic. There was a mini-discussion about Norman Finkelstein and the merits of BDS.  William Crawley hardly even bothered to play Devil’s Advocate. 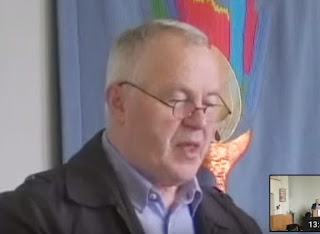 The Rev Chris Hudson was the only one who knew anything whatsoever about the aims of BDS, and obviously none of them were remotely aware of Ilan Pappe’s recent revelations.

To finish, I just thought it would be a nice touch to show what Brendon Rogers, the manager of Celtic had to say about Celtic’s visit to Israel for the return match.

A massive thank you to Brendan Rodgers, manager of Celtic, for his kind words following game with Hapoel Beer Sheva. pic.twitter.com/OoGfj6VnXU