Not a nice man

It still surprises me that Facebook is ram-packed with otherwise nice sensible  people saying what a good chap Jeremy Corbyn is.

The trouble is that even if they do know, it doesn’t seem to make any difference. It must be some kind of syndrome. An epidemic. A cult.
Are we really in the middle of a slow-motion re-enactment of Philip Roth’s The Plot Against America?
Jeremy Corbyn is no Charles Lindbergh, but some people see him as an anti-establishment hero, worthy of their undying devotion.
I know that a few hundred thousand followers is but a drop in the ocean, but one mustn’t be complacent. Is the unthinkable absolutely unthinkable?

I can’t bring myself to criticise the BBC for sometimes letting its disapproval of Corbyn show through its veneer of impartiality, even for the sake of my own personal veneer of impartiality.
Yes, I do realise that’s playing straight into the hands of those who accuse me/us thus:  ”You don’t want an unbiased BBC at all. You want it biased your way.” Yes. I admit it. In this particular case, I’m in your hands; be gentle. 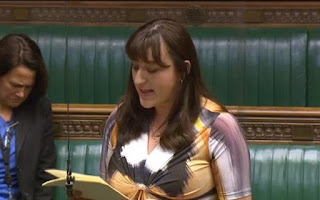 The BBC actually had Ruth Smeeth on the Victoria Derbyshire programme on Friday morning. She’s been receiving thousands of vile antisemitic tweets, and all Jeremy Corbyn can do is simply drone “There’s no room for racism in the Labour Party,” probably with a little intake of breath in between ‘for’ and ‘racism’.


Harriet Harman condemned him for not acting decisively. As leader he should take full responsibility and do something about it, she opined. Mind you, she was lobbying for Owen Smith at the time.
This is what a Corbynista spokesman said:

"Jeremy has consistently spoken out against all forms of anti-Semitism and has contacted Ruth Smeeth to express his outrage at the abuse and threats directed against her.

"Jeremy condemns all abuse, and no one responsible for it is a genuine supporter of Jeremy's. He has repeatedly called for a kinder, gentler politics.


"This is why he launched Respect and Unity, a code of conduct calling on all Labour members and supporters to conduct themselves with a high standard of behaviour. Evidence of threats and abuse should be reported to the party and police so that action may be taken against those responsible.”

There you are! Sorted. But not really. Over at Harry’s Place, ATL poster habibi has provided yet more examples from the bottomless pit of Corbyn’s treachery.  This has been picked up and reTweeted by JK Rowling.

JK Rowling is a popular author (I hear.) She might be able to influence those oh so nice people (probably not including Corbynista Daniel Radcliffe) who are dithering over how deep their loyalty to The Jeremy needs to be. Having grown up with the Guardian  - grown up is perhaps the wrong term - where the Seumas Milne worldview reigns supreme, enlightening these hard-core Facebook Corbynistas will be a challenge, even for JK Rowling. 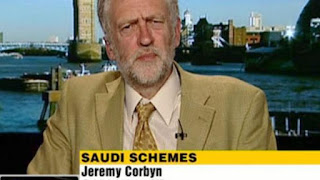 I used Iran TV role to promote human rights, insists Corbyn
Who’s tittering? He was addressing the issues of human rights (in Iran)  - a somewhat fanciful explanation since three men were executed for being gay during the time of his appearances. (‘Issues’ is The Jeremy’s top word, which he pronounces with extra hissing; vague and getting more meaningless with every utterance.)

“Footage of Mr Corbyn’s appearances show him failing to question contributors for calling the BBC “Zionist liars” and describing Israel as a “disease”. Organisations such as the Anti-Defamatory League have accused Press TV of providing a platform for figures to expound antisemitic conspiracy theories about the media, finance and 9/11.”

The upshot is that the more we see and hear about The Jeremy the easier it is to see that he is not at all the ‘very nice man’ that one hell of a lot of Labour MPs  seem to think he is. Or are they only pretending they think so and are using it as a kind of apologia - as a preamble to declaring a preference for Owen Smith or anyone-but-Corbyn?

Remind me again why I don’t tweet. Actually, no, don’t bother. 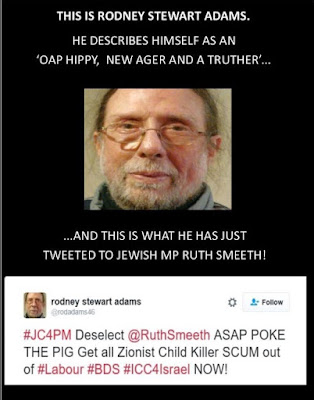 This appeared on Twitter. It’s an example of the abuse that Ruth Smeeth has received. (Why does this deranged person even feel that way?) Is that much less abusive than tweets that have attracted jail sentences?

Corbyn supporters need to be told. They need to know what they’re voting for. The BBC has a duty to educate and inform as well as entertain, even if doing so necessitates making quite a lot of indirect value judgements. Letting Ruth Smeeth have her say on TV is a start, but it’s the tip of the iceberg.

Can the tip of an iceberg also be the thin edge of a wedge?  I hope so.

Footnote: I tried to embed Harriet, but the dashboard initially refused to accept it. Now it has suddenly appeared  as if by magic, at the end of this piece rather than in the relevant place. Please forgive.