Okay, this is Nothing To Do With The BBC but here it is anyway.


"Eid Mubarak to all British Muslims and Muslims everywhere!" ...and  "Chag Kasher VeSameach" to whom it may concern 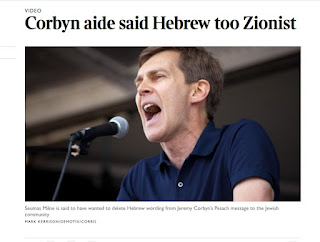 British Labour leader Jeremy Corbin (sic) asked to remove a Hebrew greeting from his Passover message because it made him sound “too Zionist”, his former policy adviser claimed over the weekend.

The Labour leader’s office denied the claim, however, saying it was categorically untrue, according to a report Sunday in The Independent.

The allegation was made in a newspaper article on Saturday in which the former adviser, Joshua Simons, wrote, “After six months working as a policy adviser for Jeremy Corbyn, it was clear to me that the way Corbyn and those around him think about Jewish people is shaped by a frenetic anti-imperialism, focused on Israel and America.”

“Without a hint of irony, one senior aide asked that I remove the greeting 'Chag Kasher VeSameach' from Corbyn’s Passover message, for fear that Corbyn’s supporters might think the use of Hebrew 'Zionist'”, charged Simons.

Simons, who is Jewish, also said the Labour leader's office did not want Ken Livingstone disciplined after he claimed Adolf Hitler had once supported Zionism. 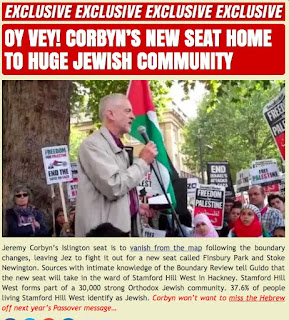