Forgive me for thinking the latest Bake-off resignation and non-resignation were predictable. I could have told you that Paul Hollywood would follow the dough to Channel Four. Why wouldn’t he? 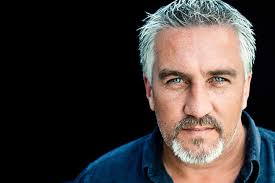 The other three have careers in their own right. Mary Berry has been a cookery writer for years, albeit reinvented, or as she likes to call it ‘nurtured’, by the BBC, and Mel and Sue are on TV on a panel show near you at any time of the day or night.  (So is Nadiya Hussain)

They must all have been aware that Bake-off was stale, and it was a good time to jump ship. Paul Hollywood might have become a household name through bake-off, but he’s famous for being a baker and having blue eyes at the same time.  (Has he been on strictly yet?)

Mary is ‘staying with the BBC?' What as, I wonder. Presenting Top Gear? Mary and Matt would be a good combo. Brm brrmm.

The main reason I’m mentioning this is the loyalty thing Mary keeps mentioning. Loyalty to the BBC.

I don’t know if it’s something to do with her generation, and I imagine she’s not short of a bob or two, but Mary’s loyalty to the BBC made me think of the recent hullaballoo about salaries, and the argument that if the BBC was forced to publish the names of talent earning ‘more than the Prime Minister’, they’d all be poached by commercial channels. Mary demonstrates that this ain't necessarily so.

There used to be a kind of kudos attached to the BBC and those associated with it. Working there gave one status. The BBC had a reputation for accuracy, honesty  and impartiality in the olden days. (I’m not sure that this vision was entirely accurate, honest or impartial, but let’s make allowances)  Get that back, (or achieve it for the first time) and give the staff a sense of pride at being part of it, and bugger the salaries.

He’s the recipe: Send them all back to school to study history and English; get them used to thinking independently, make them show genuine curiosity and let them use their initiative. Ditch the groupthink. Stop chasing ratings.