Grammar schools and the BBC

There's a new BBC News website report by Hannah Richardson, one of the BBC's online education reporters, headlined Grammar schools expansion 'could dumb them down',

The piece is based on the findings of "an Education Policy Institute study" and extensively quotes from the research author, the EPI's Jo Hutchinson.

But who are the Education Policy Institute? Are they - as readers of Hannah's report might have assumed - an impartial, disinterested think-tank that just happens, from the findings of its study, to conclude that grammar schools are a terrible thing?

I had to look them up. It turns out that the EPI are the old Centre Forum think-tank under a new name. Centre Forum, if you recall, was a Liberal Democrat-aligned body. The EPI's leadership (David Laws, Sir Paul Marshall) is still linked to the Lib Dems. The Lib Dems oppose grammar schools.

That doesn't, of course, necessarily invalidate Ms Hutchinson's anti-grammar schools findings. But it does set them in a context that the BBC's Hannah Richardson chooses not to set them in - and which might give BBC News website readers a little pause for thought.

All in all, it's a typical Hannah Richardson report. It presents, at considerable length, the views of what Michael Gove used to call 'The Blob', then gives a tiny 'balancing' response from the government, and then ends with another 'Blob' criticism (echoing the first).

She's been doing that sort of thing for years.

We've also posted a few articles about past biased reports from her here at ITBB, especially about her relentlessly negative coverage of free schools.

Looking into her recent reporting of the grammar schools debate, to see if she's improved,  I can see five articles over the past month:

The first, second and fifth follow the template outlined above and are typical Hannah Richardson articles, hammering away (through other voices) at the anti-grammar schools case. The third and fourth are more nuanced - as befits lead items on the BBC website - with a more balanced range of voices and I can't criticise them. I did smile at the following from the fourth article though:

That use of "literally" might not help Hannah's chances of passing her own 11-plus!

...which reminds me of something I meant to post a week or so ago.

The grammar schools issue prompted both the Daily Mail and the BBC's Newsbeat to set their readers an 11-plus test, both (apparently) based on genuine questions.

Please try them for yourselves. (I found them great fun).

The Mail article gave its readers an 'on your marks, get set, go!' introduction. The BBC gave the test more pre-spin and pre-announced its sample 11-plus as "tricky".

Now, I have to say (as a middle-aged man) that I found the Mail's exam easy and, yes, found BBC Newsbeat's test quite a bit trickier. Here's one comparable example: 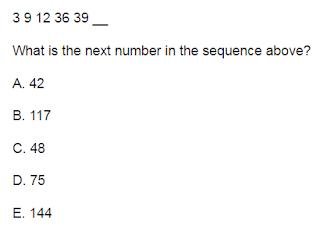 ...and the BBC really 'ram-packed' on the pressure by saying, just before the test begins:

...but remember only about 15 seconds is spent on each one in order to get through the whole paper before the time is up.

15 seconds!!! I think not for some of those questions!

Which prompts the obvious question (if I'm right): Which test best reflects the average 11-plus exam?