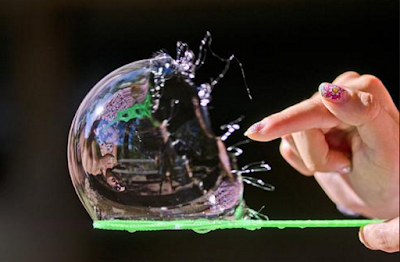 Katya Adler's programme last night was certainly something highly unusual for the BBC - a clear-eyed assessment of the EU's failings and the growth of 'populism', with a decent and less-predictable-than-usual range of voices.

I know I'm far from being the only one to have been very pleasantly surprised by it.

It was so out-of-the-ordinary that immediately following it by listening to to the latest episode of Radio 4's latest Brexit-focused series, Brexit: A Guide for the Perplexed, was an unpleasant jolt - a depressing reminder that the BBC isn't turning over a new leaf quite yet.

For an immediate flavour of it, here's how today's episode began:

Hello. I'm sure you remember the big red Leave campaign bus with that dodgy slogan about the NHS and 350 million quid daubed on the side. But do you remember where it began its nationwide referendum tour last year?

The answer turned out to be Cornwall, the county of England that "actually gets more money back from the EU than just about anywhere else in the country" and yet "come Referendum Day, in a typical 'Two fingers to you!' fashion. Cornwall voted convincingly to leave."

A litany of strongly pro-Remain voices then followed, all grateful beneficiaries of "European money", all explaining what Cornwall has gained from EU membership - all 'balanced' by just one pro-Brexit dairy farmer.

We got a list of "five things EU money has helped bring to Cornwall", and similar message after similar message was pushed throughout (e.g. "We've come to the Penrhyn campus, shared between Falmouth and Exeter Universities. This place would never have been built without EU money"),

Though the programme's tone was jaunty, the message about Brexit wasn't reassuring for the Cornish. The risks to Cornwall of losing all that "EU money" were heavily pushed - as well the likelihood of being neglected by London (which even pro-Brexit Ben thought would still happen). Few positives of Brexit were put forward.

It was heavily biased.

And there were four preceding episodes, all similarly crammed with pro-Remain voices.

The closest the series has come to an exception so far was yesterday's edition, which focused on the idea that Brexit might take over over 'the cliff edge'. 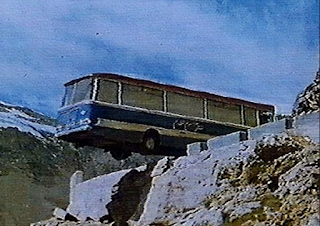 Its central metaphor was the closing scene of The Italian Job where the British thieves (led by Michael Caine) found their coach hanging over a cliff.

It featured the week's other declared Leave-voting speaker: economist Ruth Lea. (Yes, the balance of voices in favour of pro-Remain voices has been that extreme!). She got all of 44 seconds. It also included a Remain supporter who's now looking on the bright side (just about the only person who has been so far in this series).

And yet, even this episode had a strong pro-EU balance of voices and spent.getting on for nine minutes stressing the possibility of us going over a cliff edge because of Brexit and less than three minutes considering more positive possibilities. Chris Morris ended by saying, "So fasten your seat belts and hold on tight. It is going to be quite a ride".

Wednesday's edition fretted and scaremongered about the consequences of "living on the 'wrong side' of the Channel" for British expats and EU citizens resident in the UK, with particular focus on the worries of our Polish community.

Tuesday's edition looked at "the cost of the divorce" and presented point after point reinforcing the idea that our "divorce" will cost us a lot. The blurb on the programme's website will give you a good sense of how this episode went;

[Chris] draws up a list of assets to be divvied up and the ongoing maintenance payments which may need to be made. It could add up to around £50 or £60 billion and the EU seems determined to extract payment. Will it all end in tears?

The programme included, to the accompaniment of Simon Bates's old Our Tune music, this potted history of the UK's membership of the EU - a reading of history that casts us (the UK) as being mainly at fault for the breakdown of the 'marriage':

Is lost love the most painful thing of all? Today's Our Tune tells the story of Britain and the EU. They've been together for more than forty years, but it's never been easy. To begin with the EU kept Britain at arm's length, perhaps sensing danger, and then, when the relationship began, Britain kept asking for more - a rebate, a single market, even expansion into Central and Eastern Europe. The EU kept saying 'Yes', trying to keep Britain happy, But something wasn't right. Britain became more and more withdrawn, and last year, well, the relationship hit the rocks, It just wasn't working anymore. It was time to plan for divorce.

Monday's edition looked at who we will be negotiating with. Oooh, it's going to be complicated, and it's gonna hurt! ("Despite what you might sometimes read in the newspapers the terms on which we leave the EU are not just up to us", "Don't underestimate the EU's determination to get the deal it wants"). As the website blurb says, "And find out why there could be scorpions...." - and, if Chris Morris & Co. are right, there will be scorpions ahead!

Woe, woe and thrice woe! - and there's at least another week's worth of programmes to come.

The BBC's anti-Brexit bias, despite Katya Adler, is obviously not going away any time soon. Alas!
Posted by Craig at 16:30

Labels: 'Brexit: A Guide for the Perplexed', Chris Morris