A Question (Time) of Sport 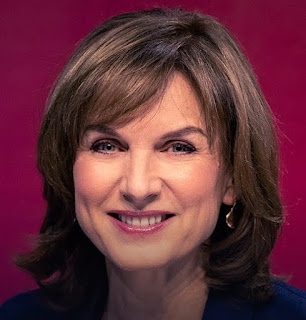 I stayed up past my bedtime to keep guard on Question Time last night. In the current atmosphere, ‘keeping guard’ is a (self-imposed) obligation I feel compelled to fulfil, while the impending storm gathers momentum.  Lunacy? Paranoia? Well, there it is.

If anyone has the stamina to tot up the interruption quotient they’d conclude that Fiona Bruce had simply forgotten to flick the off-switch of her personal-opinion-regulator before going on air because it was undoubtedly still on ‘ON’.  As a newsreader renowned for her unique method of ‘acting’ the news, Brucie behaved more like an extra panellist than a chairperson. She virtually rolled up her sleeves and got stuck in.

Lionel Shriver must be shell-shocked. I hope she’s okay. I had a peek at social media. That is truly, truly gruesome.

“From that rhetoric, I get told to go back to my own country”


Caroline Lucas droned on interminably with that trick of theirs, where they start another sentence almost before the last one has reached a full-stop and carry on seamlessly in a continual filibuster to stop anyone else getting a word in - that’s where the chairperson should step in - but  this particular chairperson only sprang into action when  it was Brandon Lewis’s turn. Whenever he began to speak she interrupted confrontationally, whereupon the audience joined in, preventing him from completing a sentence. Meanwhile, the increasing volume of the moaning and booing resonated the more the audience scented blood.