English teachers, what are they like? Having highlighted a rant from one letterbox-clad English teacher, whose half-formed, reductive accusations against Boris Johnson were vociferously endorsed by the QT panel, the BBC expects us to listen to the disturbing opinions of another member of that profession with a record of hard-left activism and swallow them whole.

I had several articles about the hard-left activist Holly Rigby pending but I wasn't quite sure how to react to this, other than to express profound sadness. 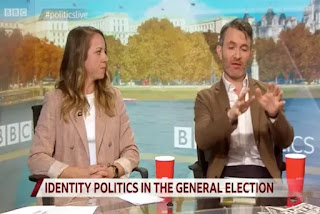 What does the BBC think it’s committing itself to by having Rigby on Politics Live?

One could point out that the BBC has unashamedly exploited the ‘click-bait’ value of exposing ‘extreme views’ and pitting one against the other. In other words, perhaps the belief is that nothing is beyond the pale if it boosts the ratings.

But how can that be so, when say, Tommy Robinson is considered simply too toxic for the BBC despite the potential boost to the ratings? No, it must be that somehow the BBC’s commissioning editors think she’s onto something. (Rob Burley?)

Facebook is full of similarly depressing stuff. Posts by friends from a different/ former life, one of whom has simply posted Rabbi Marvin’s congratulatory letter to the new PM. For her, that boilerplate congratulatory letter is enough to damn everything Rabbi Mirvis wrote about antisemitism and, without further comment, rebrand it as ‘malicious Corbyn-bashing.’ 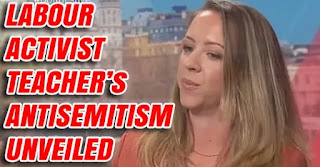 Having seen Guido Fawkes’s pieces and even  ploughed through the comments, some of which question the ethos of “School 21”, (and the above ‘heart of stone not to laugh’ exposé) and having read this 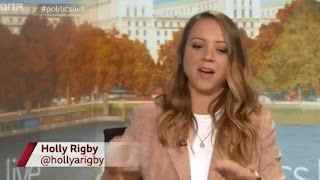 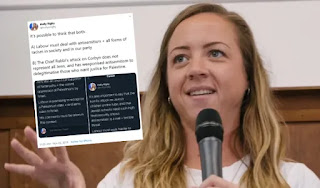 
and several similar articles, I have to ask, what was the BBC thinking (not to mention the teaching profession) by giving this nasty individual credibility.