Am I the only one?

‘The moment Boris Johnson entered No. 10, there was no intention of getting a deal.’

The only way to avoid a no-deal Brexit is to remove the Conservatives from government, says this audience member. #bbcqt pic.twitter.com/6XTnZLQnyx
— BBC Question Time (@bbcquestiontime) October 10, 2019

People were amused and entertained by this young fellow. (Look at the comments below this tweet) I wonder if anyone at the Beeb reads below the line responses to its Q.T. Twitter thingy.


“am I the only one who spots the youthful Momentum plants in BBCQT audiences most weeks? I love how confident they are of the dear leader's popularity with the masses, in the face of all the evidence. Nothing that a little strategic entryism into live telly broadcasts won't surmount”


says a commenter on H.P. (link to website temporarily unavailable)
No, I don’t think you are (the only one) 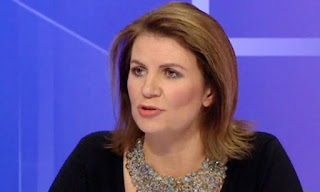 "As soon as the Beeb announced that Hartley-Brewer, the journalist, broadcaster and fiery talkRADIO host, would be on QT tonight, the mob got into action. They said it was repulsive for the national broadcaster to ‘platform’ someone like Hartley-Brewer. They demanded that the BBC rethink – that is, it should throw this foul, Brexit-supporting woman off the panel."