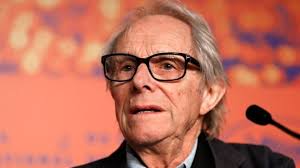 Why has the BBC reignited Ken Loach? He peaked in 1966 with Cathy Come Home. Please just let the hard-left misery-monger lie. Following his appearance on Question Time where Fiona Bruce interrupted the Conservative remorselessly while allowing the Labour chap to drone on and on in the dullest imaginable manner, Ken Loach recounted a rambling anecdote to show how nasty the nasty party is. Enough, one might have thought. But no.

Monday’s (or maybe Tuesday's) Victoria Derbyshire show featured a sorry tale about “unsecured” tenants in Barnet living in damp, cockroach-infested flats. The information that this particular block is soon to be demolished to make way for a new, mixed-tenancy (private and social housing) development was alluded to, but only in the derogatory and dismissive context that the new housing will be (probably) ‘unaffordable”.

I’m not 100% au fait with tenancy rules and regs, and I certainly wouldn’t like to live amongst vermin and mould; but for the sake of both the tenants and the taxpayers the issue deserved to be treated in an unbiased manner and not as part of the BBC’s covert and overt campaigning for Labour.

An ex-councillor, apparently the only Conservative spokesperson willing to come on the programme, was duly ambushed by the startled-looking tenant whose cockroaches had featured in the film, a shrill, aggressive Ms Derbyshire and Ken Loach.

It seems that no other Conservative accepted the BBC’s the invitation to appear on the programme, for obvious reasons, which were sadly noted by the hapless Tory. No wonder people are declining these invitations. They have to weigh up the negative implications of refusal. Which looks worse. a) appearing evasive, or b) being stymied by a scripted assault framed as ‘when did you stop beating your wife?’

Victoria: Mr Coleman, why are you so unsympathetic? Aren’t you a human being?