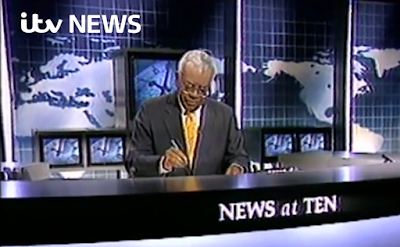 John Humphrys isn't the only former broadcaster with a book out at the moment. So is the mighty Sir Trevor McDonald, ten years on from his last '...and finally' for ITN.

The opening of The Sunday Times's interview with him today breathes the air of a better broadcasting past:

Breakfast-sofa chit-chat was never his style, says the former newsreader Sir Trevor McDonald. Even if it had been, he doubts he would ever have found himself on live television accusing the American president of making racist comments.

“I never regarded it as [my job] as a presenter to express a view,” he says in that voice, when I ask him about the case of Naga Munchetty. The BBC presenter was controversially censured — and then controversially uncensured — for her comments about Donald Trump. “I was always terribly, terribly keen about being absolutely straight. I thought you owed it to viewers to present what you thought was the absolute truth and let them make up their minds. You know, people are very clever about working things out.”