The stable door of BBC impartiality 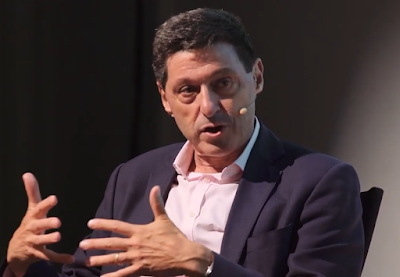 Heard a rant from Jon Sopel this morning - either on Today or earlier on World Service - in which he seemed to be reaching near hysteria - Trump Derangement Syndrome seems well named. It was worse even than Norman Smith in one of his bouncing up and down performances in Downing Street. I couldn't see any Sopel bouncing but he definitely sounded like a man who could not contain himself. Perhaps he did achieve 'lift off' unseen by the listener or the editor yanked him out of there before he went berserk.

- had me scouring TV Eyes to find the piece in question. It was broadcast throughout the night on the BBC World Service. And, yes, Jon Sopel did sound very excitable. (Maybe he got caught short while talking):

A lot of people saying that American foreign policy is careering all over the place and that you're getting very, very mixed messages.

Look, it's undoubtedly clear that Donald Trump's phone call with President Erdogan last weekend paved the way for the invasion with the removal of American troops, since when Donald Trump has been saying it's time to get American troops out of the Middle East, out of these endless wars costing trillions of dollars.

What happens today? An announcement that an extra 1,800 US serviceman are being sent to Saudi Arabia. We've had President Trump saying he would like to broker some kind of deal between the Kurds and the Turks. Turkish sources in Washington saying that's not going to happen. We've had the threat of sanctions from the Treasury Secretary that Steve Mnuchin says could shut down the Turkish economy, but what will trigger them we don't know.

You get the slight impression that the White House is calling in the locksmiths to put on a couple of extra bolts on the stable door even though the horse has long since disappeared from view.