I had to go out earlier than usual this morning so I missed most of this. Much as I’d like to, I haven’t time to dissect it further, but Douglas Murray’s own account of the ambush is all you really need to know. 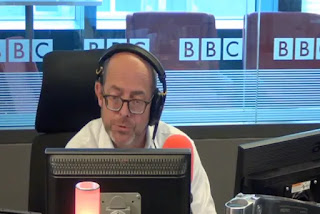 "Ah, the BBC. There’s really nothing like it is there?

This morning I had the pleasure of appearing on BBC Radio 4’s Today programme. I know what you’re already thinking: ‘You fool, you fool – it’s a trap’. But I was phoned last night and asked if I would come on this morning to discuss Barack Obama’s recent remarks against ‘wokeness’.

At some inconvenience to myself I rearranged my schedule, got up early and headed to the BBC. Only to discover that I was today’s BBC effort at replaying the recent Rod Liddle – Emily Maitlis exchange.
[…]
In recent years, a lot of people from the BBC have approached me to ask what has gone wrong with their own programmes. I’m also fairly often approached by people from the corporation asking me to help them get on various prominent guests who they are having trouble booking and who they wish me to help persuade.

In recent years these asks have increased because a growing number of people no longer need the BBC and regard it as an ever-less attractive or necessary platform to appear on. There are a number of reasons for that. One is that in the age of long-form podcasts listened to by millions it is unclear why anyone would want to go on a programme where you are in a four-minute ding-dong, most of the airtime in which is taken up trying to correct the presenter’s mischaracterisations of you.

Another is the certainty that if you accept an invitation your good will almost certainly will be abused by pulling exactly the sort of unenlightening ambush that Nick Robinson tried this morning. Another reason is simply the growing sense that the real conversation is happening elsewhere.