Always Look on the Bright Side of Life

Following on from a post yesterday about the themes chosen to be covered by Beyond Politics... 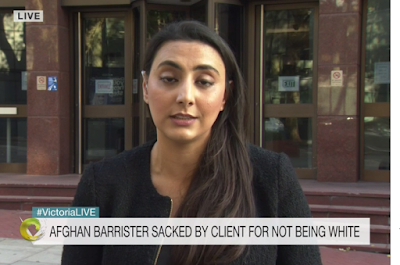 Did you watch the Victoria Derbyshire programme at all this week?

If you didn't, well alas, you missed discussions on a wide range of very similar subjects:

On Monday the main topics were bullying and sexual harassment in Parliament, gender identity and transitioning, and poverty in the UK.

On Tuesday the main topics were acid attacks, the Grenfell Bonfire Night effigy, food banks, and a plan to use tax breaks to try to get more people from a minority ethnic background working behind the scenes in the British film industry.

On Wednesday there was a gangs/violent crime special.

On Thursday the main topics were a mass shooting in California, warnings that children are being 'datafied' from birth, a dad who wants to get his daughter to sleep, and moves to help women get into politics.

And on today's edition the main topics were racism and sexism ('Afghan barrister sacked by a client for not being white'), problems with parole boards, heart attacks in pregnant women, equal pay and sexism, and the 'Strictly' row.


It's all worthy stuff, but perhaps so worthy that even Woman's Hour might appear like overly flippant light relief in contrast.
Posted by Craig at 15:53