Broadly landing in the right place 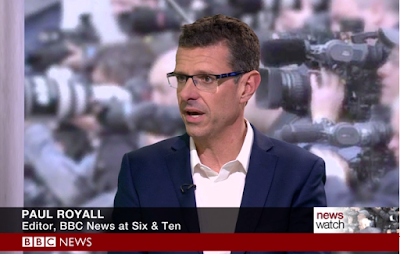 This week's Saturday transcript also comes from the BBC's Newswatch and introduces us to a thrilling new variant on the time-honoured BBC editors' catchphrase "I think we got it about right".  (Even Brucie never wore out a catchphrase so much).

Paul Royall, editor of the BBC's News at Six and News at Ten, here rejects all criticism in the usual BBC way but then, just before the end, concedes "Occasionally, we're not perfect". (Given that he'd previously been pretty much saying they are perfect, that's quite something!)

And then comes the fresh variant on the BBC editors' catchphrase:


...but I'd really argue that if you look at it in the round, if you look at everything we're doing, we have sort of broadly landed in the right place.

So a big ITBB welcome then please for "I think we broadly landed in the right place". 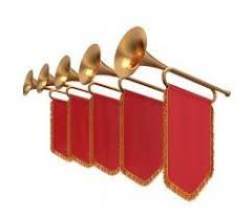 Samira Ahmed: To discuss all this I'm joined by Paul Royall, editor of the BBC's News at Six and News at Ten. Do you think the BBC has explained all it should have been explaining about the draft agreement?
Paul Royall: I think we have. I mean, I do appreciate the frustrations with some of the audience and we sort of empathise with that because Brexit is a difficult story. But you used a couple of good examples in your introduction there - Reality Check, Ask This as well - which are attempts to explain and explore what's within Brexit and what are in these declarations and agreements. If you look at Thursday night's Ten O'Clock News this week, for example, when we had the draft political declaration - that's the second document- , Huw Edwards spent a minute at the top of the programme taking the audience through the main headlines from that document. John Pienaar in his first report, which was based around Westminster, but very early in the report he did what we call 'a piece to camera' where he underlined those key points and also give a brief assessment of where they stand politically. And then again, after that piece, Katya Adler took us through the documents from Brussels, looking at is from a UK-EU perspective.
Samira Ahmed: What people felt though overall about BBC coverage over these last few days is that the BBC seems far more obsessed with the personality politics and the career prospects of individual MPs and gave that far too much attention. Whatever else you did.
Paul Royall: I would disagree. I think, of course, we understand there's a tension between reporting what some people might regard as the Punch and Judy politics of Westminster and explaining what are in these critical documents, which are about the future and the shape of the UK and how it runs itself. But at the same time, they were high-profile resignations. The Brexit Secretary, the person who has latterly been negotiating this, stuff resigned. That is a serious political story. They were other Cabinet resignations and other ministerial resignations, and we have to reports that. There was also then a move by some of the Conservative Brexiteer group to announce that they were sending in letters of no confidence in the Prime Minister and there was clearly a story around would there be enough of those to create a vote of no-confidence in the Prime Minister. I wouldn't say though that the coverage was tilted too far in that direction.
Samira Ahmed: Well, if you take the issue about the speculation of a vote of no confidence, viewers feel there was a lot of breathless excitement from BBC journalists speculating about whether there might be enough to trigger a vote of no-confidence. Jacob Rees Mogg was on the air a lot. But actually it didn't materialise. It hasn't materialised yet. Did you fall for the hype?
Paul Royall: I don't think we did fall for the hype because I don't think the coverage was breathless in the sense that we took people through all the events on that...it was quite a momentous day in Westminster. Obviously so far, with the vote of no-confidence and what Jacob Rees-Mogg did, that hasn't materialised, but I think we reported it as best we could with the knowledge we had and the expertise and insight we had about what was going on at Westminster.
Samira Ahmed: Paul, you'll know this is an issue viewers are really concerned about with the BBC's political coverage. They feel again and again that BBC News gets far too excited and devotes far too much airtime to the personalities and to speculating about the personalities instead of concentrating on informing the audience about what the policies actually are. And on Brexit, it matters more than ever.
Paul Royall: It does matter more than ever, and that's why we've taken a lot of steps. We ask ourselves that question every day in terms of before we hear the argument or the row that might be going on,  Are we explaining what they are talking about? And the last couple of weeks that has really been at the fore, it really has, otherwise the coverage makes no sense. Occasionally, we're covering what's going on in Westminster and it might be around the arguments over someone's career or who's in and who's out. Occasionally, we're not perfect, we may get dragged a bit in that direction but I'd really argue that if you look at it in the round, if you look at everything we're doing, we have sort of broadly landed in the right place.
Samira Ahmed: Paul Royall, thank you very much,
Posted by Craig at 13:31