In the CCBGB ('comments could be going better') stakes, I think the BBC's Diplomatic Correspondent James Landale has all won hands down today - with no need whatsoever for a second people's referendum vote to make certain of that.

Two of his tweets have gone down extraordinary badly with the twittering public, even with people who usually disagree about everything else and throw insults at each agree.

In fact he seems to have achieved the impossible, bringing the nation together, and even uniting #FBPE types with pro-Brexit types in total condemnation of his 'cheap political point-scoring': 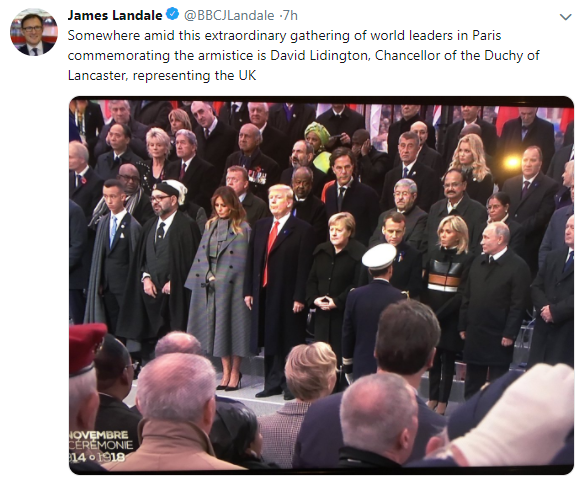 Here's a small selection of the replies:

Now, in fairness to James, he wasn't the only high-profile BBC reporter saying such things (surprise, surprise!): Jeremy Bowen was at it too, earlier tweeting an image of M. Macron and Mrs. Merkel together and asking a question: 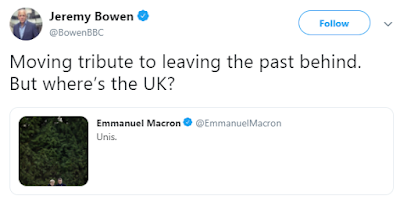 Some of the public soon gave him the answer - though not as overwhelmingly, given that his followers are particularly partisan (surprise, surprise!):


Star BBC reporters, eh? Worth every penny of the licence fee!

Reading those two James Landale tweets in particular makes me wonder, purely speculatively (in the manner of Norman Smith) if the snarky, sarky style favoured by the likes of Anthony Zurcher, Mike Wendling, Jon Sopel, Dominic Casciani, even John Simpson, plus sooooo many other BBC types on Twitter, has been given official BBC clearance.

Maybe it's even being officially encouraged, to attract the young and the social media crowd?

Oh, and at the zenith of this phenomenon, shining brightly from his own highest point (or maybe somewhere lower), is Anthony Zurcher. His last six tweets (one's neutral) include these five impartiality-free cracks:

Are you feeling the 'BBC impartiality' there? (Can't say I am).

Maybe he's angling after a job at Saturday Night Live in his home country or The Mash Report here?