Side of a bus 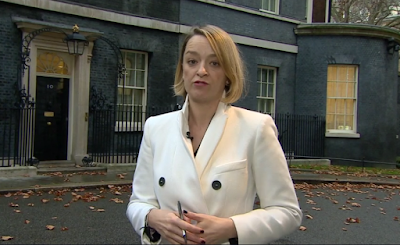 This isn't a general election, even though it looks a bit like it. The Prime Minister's Brexit deal is the candidate, MPs are the voters. She's hopeful the Government's numbers today show her compromise is better than nothing.

Theresa May: It shows that the deal we have negotiated with the European Union is the best deal available for jobs and the economy, that also delivers and honours the referendum.

There are lots of possibilities that today's statistics just don't and cannot include. But the Brexit campaign certainly didn't say the economy would slow down on the side of a bus. The Chancellor this morning was remarkably clear: