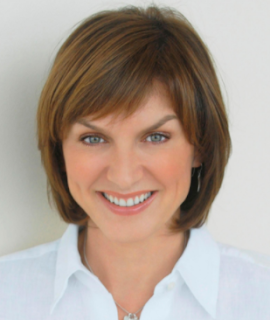 Maybe it's an omen for the BBC, like the last raven leaving the Tower of London, but it seems that one of the two crown jewels of BBC political presentation, Question Time, is slipping out of the hands of The Dimbleby Family.

I was expecting that David's son - the one who famously went to Eton with Jacob Rees-Mogg - would eventually succeed to the chair. But alas no.

It appears, instead, as if Fake or Fortune's Fiona Bruce is taking over.

That raised my eyebrows so much that I even began to look a little like Fiona after a particularly exciting antique is put in front of her. What's going on? Where's the nepotism?

Despite claims from disreputable sources (Observer journalists probably) that she's actually a descendent of Robert the Bruce, the sister of Sir Ken Bruce and the daughter of Sir Bruce Forsyth, it turns out that she's got the job (if she has got it) entirely through her own merits - oh, and, of course, for being a woman (as no man was ever going to be given the job by the BBC at the moment). .

Apparently, she "impressed BBC bosses with her handling of the audition audience" and "bosses are thought to want a presenter who can appeal to mainstream viewers who may be turned off by the show’s often fractious tone".

So well done Fiona! And you didn't even apply to have your surname changed to 'Dimbleby' by deed poll, as the same disreputable sources suggested the very ambitious Emily Maitlis was seriously considering doing.

Meanwhile, Our Emily is said to being handed the chief presenter role at Newsnight following the departure of the much-loved Evan. Given that she's already pretty much been doing that for weeks, Fiona Bruce's eyebrows are unlikely to rise much further at such news. Emily will then be the new Paxman, able to berate Brexiters, snap at Trump supporters and dismiss democracy as she pleases.
Posted by Craig at 11:17